Leemans Egide François or Egide Leemans  was born on April 28,1839 in Antwerp, Belgium. He was a Belgian painter, draughtsman and engraver. He was a painter of waterscapes, harbours and seascapes in the evening or at night. His work represents a break with the tradition of grand themes in Belgian marine art in favour of a realist representation of nature.

Leemans studied at the Academy of Fine Arts in Antwerp. The teachers and pupils of the Antwerp Academy with an interest in marine painting worked in the Romantic tradition: Jacob Jacobs (1812 – 1879) depicted stormy scenes and Schaefels Hendrik Frans (1827- 1904) preferred scenes of historic naval engagements.

Leemans broke with this Romantic and historical approach to marine art in favour of a more realistic rendering of nature even in its modest appearance. He painted his marine landscapes from nature although he may have finalised his works in the studio. His most frequent subjects are landscapes of rivers or canals with sailing boats in old cities in Flanders and The Netherlands. He had a preference for showing the reflection of the moonlight on river landscapes. Most of his works have a silvery greyish undertone. His style of marine art did not follow the contemporary Romantic, grandiose vision of Belgian marine art. He was a painter ahead of his time. His works did not sell well and he died in relative poverty. He died in his hometown on January 2, 1883.

Today, his paintings can be found in public collections and his moonlights are especially prized. Great attention and care are needed to reproduce moonlight in its full effect. Technically it is one of the most difficult subjects to paint which is perhaps why so few artists specialized in it. 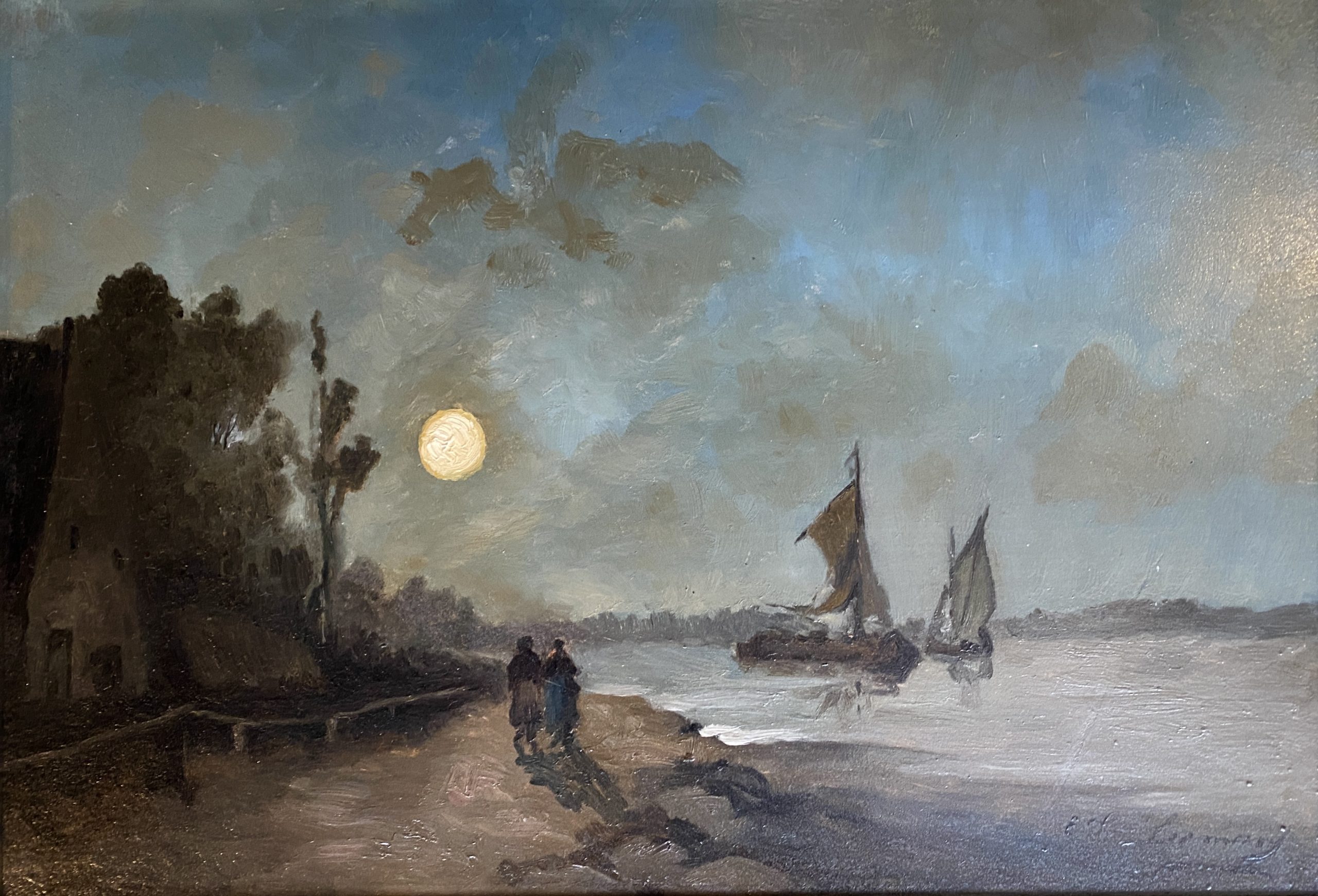