Maroniez Georges Philibert Charles, born on January 17, 1865 in Douai, France. He was a French painter of genre scenes and landscapes. Martinez  was especially noted for his depictions of the sea and life of the fisher folk.

While attending law school, he also took courses at the École des Beaux-Arts of Douai and became a student of Pierre Billet. He met the painter Adrien Demont. He became a student of the master teachers and artists Mr. & Mrs. Demont-Breton. At the age of 22 he started exhibiting peasant genre and landscape scenes in Douai and Paris.

Maroniez exhibited quite successfully at the Salon des Artists Français and was elected a full member in 1889. The Salon awarded him an honorable mention and third place medal in 1891 and a second-place medal in 1906.

Maroniez also became interested in photography and he travelled throughout the Mediterranean, North Africa and the Middle East. He took over 1.600 images that are in the collection of the museum in Cambrai.

In 1905, the success of his paintings led him to resign from the judiciary, and to devote himself entirely to Art.

Defying the label of “marine painter”, he filled his genre scene paintings with Flemish realism. Using a glowing and a beautifully caressing light, he transposed the grey country roads of his birthplace with light and painted powerful landscapes. He painted also ports of Brittany, France, Belgium and the Netherlands, as well as numerous scenes of the fisherman’s life, especially at twilight or night. He captured the alluring beauty of an ocean sunset, and the peacefulness that beauty and light can give.

In August 1914, Maroniez was drafted into Military Justice. In 1918 he was created a Knight of the Légion d’Honneur. During the German occupation of North-East France, his studio was robbed, and his wife was deported, with hundreds of other French civilian hostages, to camp in Lower Saxony. The family was reunited only after the ceasefire and in 1919 they relocated in Paris. His works became very popular. He subsequently took most of his inspiration from Brittany.

He died of a heart attack in 1933 and was buried in Cambrai, France.

Today, his works can be found in private and public collections, including at the Museum in Lille, Cambrai, Douai, Boulogne (France) and in Valencia (Spain). 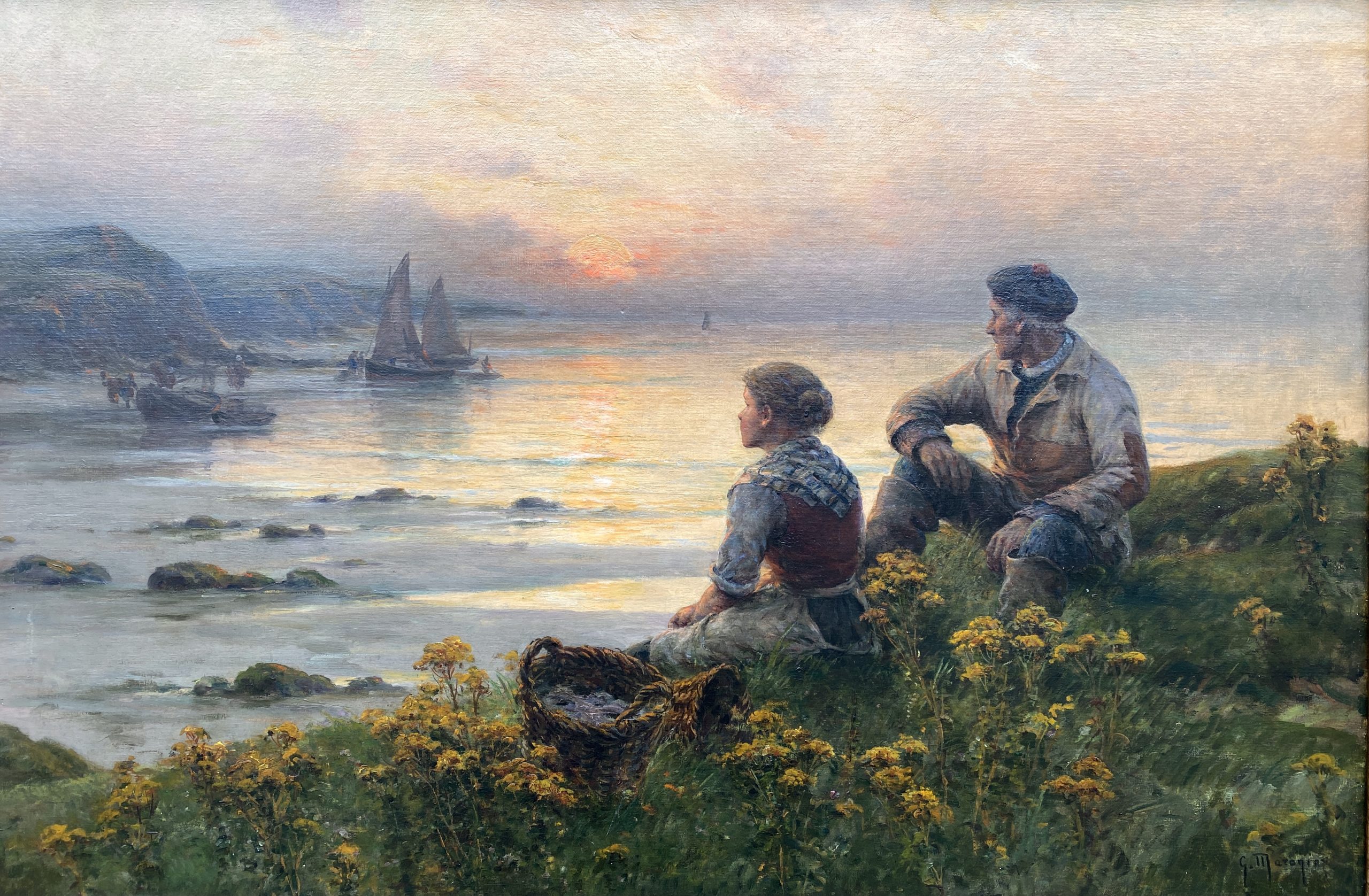