Marcotte Marie-Antoinette was a French luminist and impressionist painter and a watercolourist of genre scenes, landscapes, still-life, gardens and flowers.

Settled in a very young age with her family and raised in Antwerp.

Follows in the age of nineteen several months lessons in the studio of the famed Jules Joseph Lefèbvre in Paris. Further education at the Academy Royale des Beaux-Art of Brussels (1889 -1891) pupil of Jean François Portaels and Emile Claus who strongly influences her thematically and stylistically. Member of Artistes François from 1901 and exhibited with that group in Paris. She received an honorable mention in 1905. Also exhibited in Brussels, Berlin, Munich and St-Petersburg (Leningrad).

Marcotte Marie-Antoinette died in Paris in 1929.

Her works are represented in Museums in Brussels, Elsene, Ghent and Courtrai.

Her painting ‘With the Poor at Home’ was included in the book Women Painters of the World. 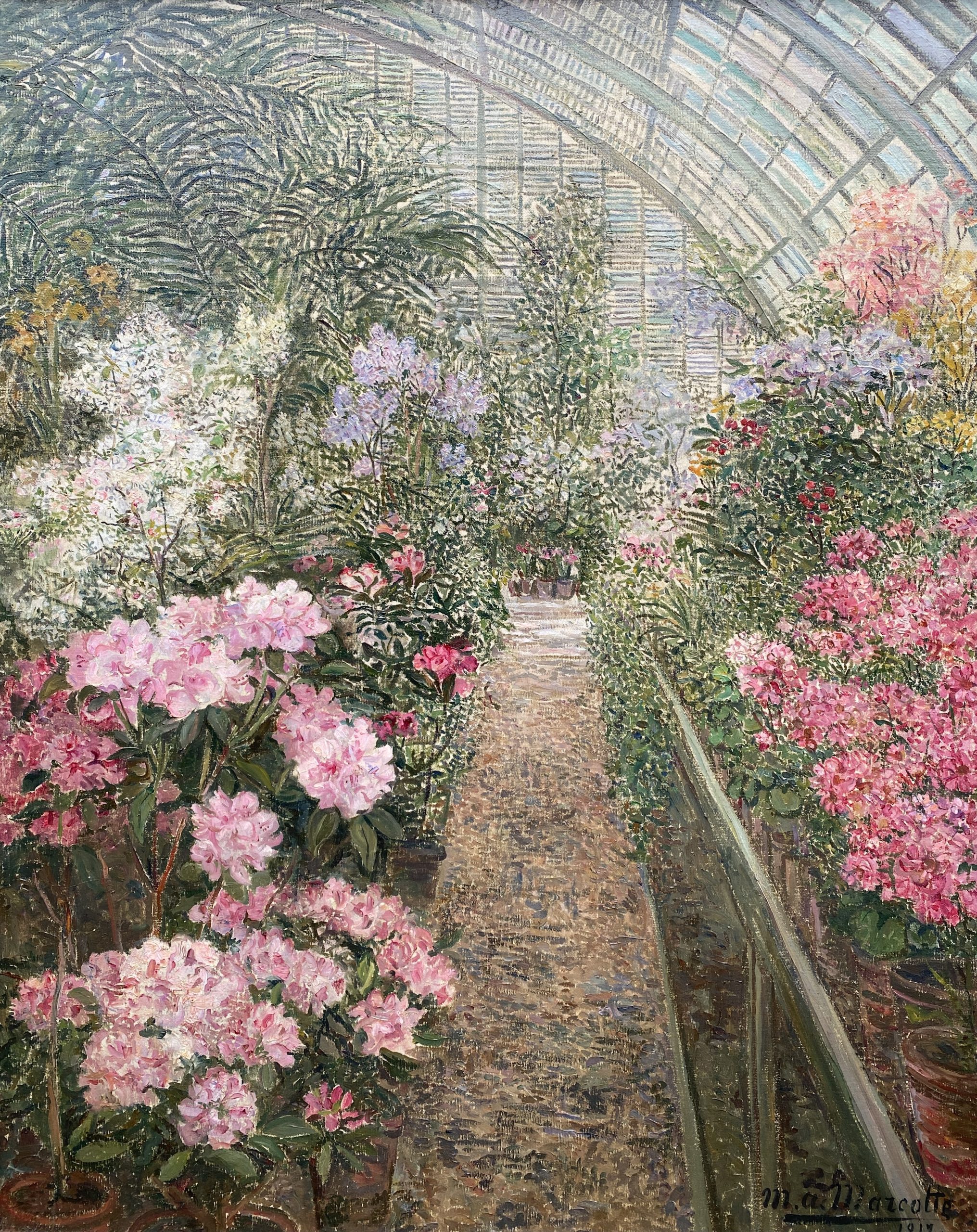