The L’Hydromel Bridge in Bruges

The L’Hydromel Bridge in Bruges

Verbrugghe Charles was born into Belgian aristocracy on June 15, 1877, in Bruges. He was an Impressionist painter of town views, landscapes,  views of the sea and beaches, still lifes, flowers and portraits. He is well known for painting of the convents and city views of Bruges and Paris.

In 1907, he went to Paris to study under the master teacher Flori Van Acker (1858 – 1940). There, he became friends with the artist Maurice Utrillo ( 1883 – 1955)  and Kees Van Dongen (1877 – 1968). During that time, he lived in Montmartre near the Place du Tertre and painted the quaint corners of Paris. At the meeting point of the famous artists “Au Lapin Agile” he often came into contact with Degas, Renoir and Monet.

Every year he visited Bruges, a city he knew by heart. During his stay, he moved into the “Hotel Memling” either in the “Pension Notre-Dame”. In Bruges, they called him “De Brugse Parisien”. In 1968, there was a retrospective in Bruges in the “Galerie Brugeoise” with about a hundred of his works.

Verbrugghe utilized brilliant colors in his paintings and bathed his subjects in vibrant light. He was highly influenced by the French Impressionism.  As an autodidact he would build up a remarkable career. Initially he mainly focused on landscapes. Afterwards he was charmed by Impressionism, a tendency that he would always remain faithful to, despite the pressure of the Parisian artistic world. He evolved from darker shades to more bright ones later on.

The painter died in Paris on October 1, 1974 in the house of his son in Gorgeslez-Gonesse near Le Bourget. Many of Verbrugghe’s works can be found in Paris and Bruges. Today, his paintings are in private collections spread all over the world and in the Bruges Museum. 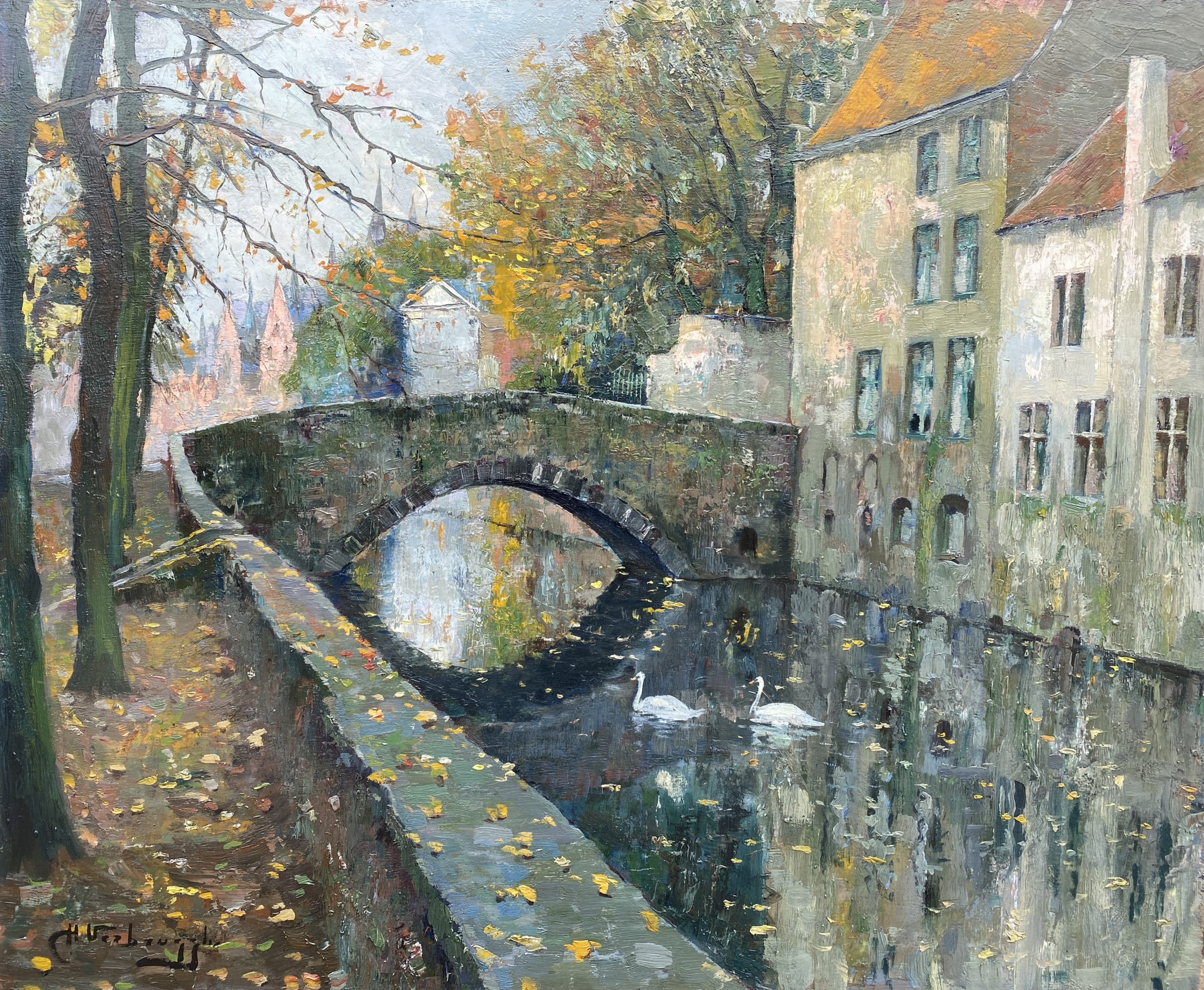