A Busy Day in a Wintry Dutch Town

A Busy Day in a Wintry Dutch Town

Leickert Charles Henri Joseph was born September 22 in 1816 in Brussels, Belgium. He was a Belgian painter of Dutch landscapes, cityscapes, beach landscapes, preferably in the winter. He was also an engraver and lithographer. As a specialist in winter landscapes, he explored the nuances of the evening sky and the rosy-fingered dawn. His paintings are characterized by their bright colours and effects of light.

Charles Leickert first learned painting in The Hague under the supervision of landscape painters Bartholomeus van Hove (1790 – 1880), Wijnand Nuijen (1813 – 1839). In 1839 Nuijen died and Leickert continued studying with his father-in-law Andreas Schelfhout (1787 – 1870). Leickert specialized in winter scenes, sometimes romanticizing the sky in pale blues and bright pinks, but he is equally well known for numerous cityscapes.

Occasionally he collaborated with Joseph Moerenhout (1801 – 1874) and Charles Rochussen (1814 – 1894), who painted the figures in his landscapes. Leickert lived in Holland until 1887, when he moved to Mainz and remained there for the rest of his life.

He died on December 5 in 1907 in Mainz, Germany. Today his paintings can be found in private and public collections worldwide, including at the Rijksmuseum Amsterdam, Den Haag, Delft, Rotterdam, Utrecht, Enschede, Maastricht, Otterlo (The Netherlands), Mainz (Germany) and Kortrijk (Belgium). 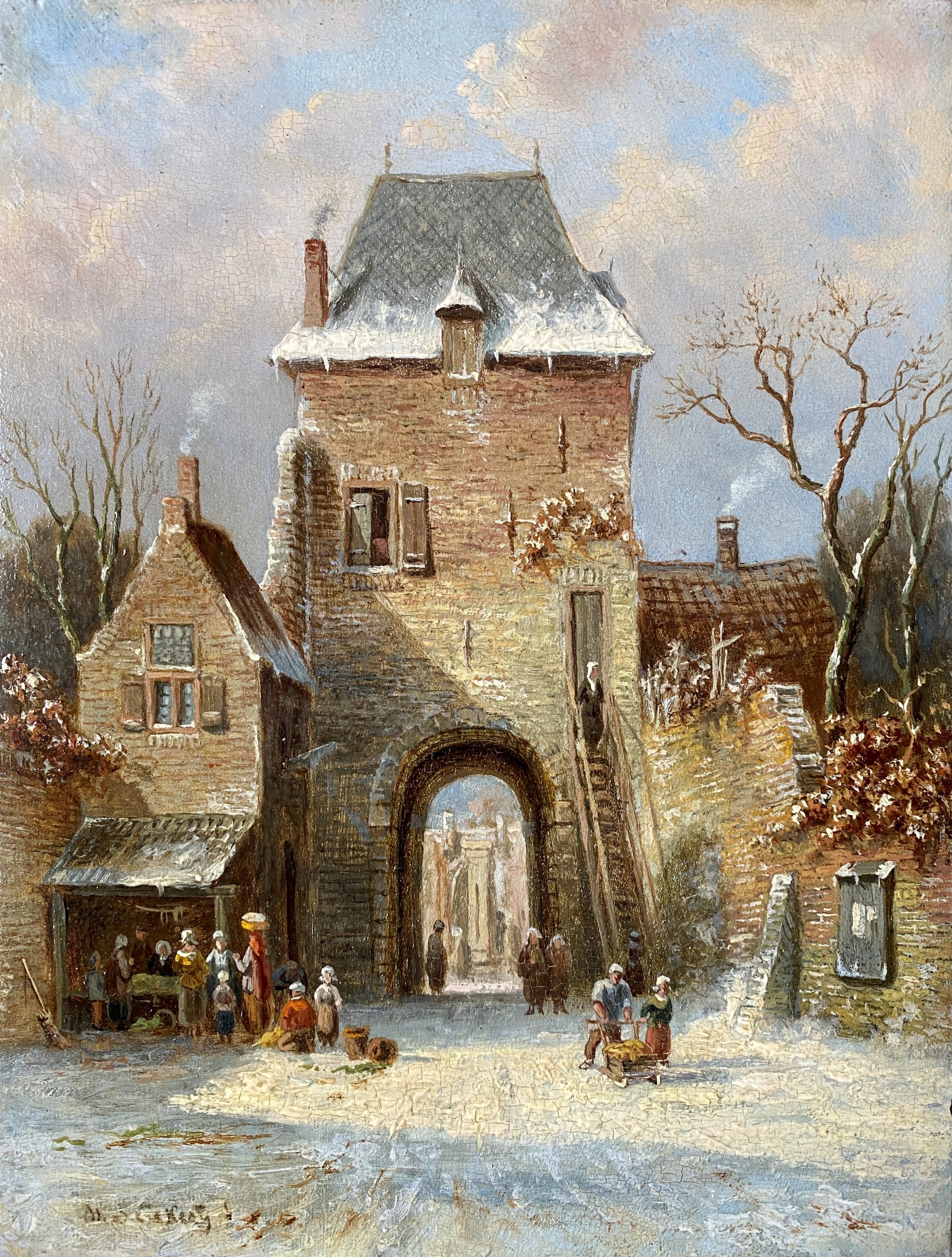