Langley Walter was born on 8 June 1852 in Birmingham, United Kingdom. He was a painter of social realist portraits and figures from the working class, fishermen and their families. Langley was one of the leading figures of the Newlyn school at the turn of the century. Politically left-wing for his time. He identified himself through his background with the villagers and the hardships they had to endure. His paintings reflect this sympathy for the fishing people among whom he lived.

At 15, he was apprenticed to a lithographer. At 21, he won a scholarship to South Kensington, where he studied design for two years. After studying at the South Kensington Art School in London, he received an extensive commission. In 1881 he moved with his family to Newlyn. In 1884 Langley was elected to the Royal Birmingham Society of Artists and he continued to exhibit widely in the United Kingdom and abroad.

He exhibited in London from 1890 to 1919 at the Royal Academy, the Royal Society of British artists and the New Watercolour Society.

Until 1892 he painted mainly in watercolour rather than the more prestigious medium of oil. His early training in lithography gave his paintings a detail and texture that demonstrated his technical skills.

Later in his career his reputation grew. One of Langley’s paintings was mentioned by a Russian writer Leo Tolstoy (1828 – 1910) in his book “What is Art” as “a beautiful and true work of art”.

In 1895, the Uffizi invited Langley to contribute a self-portrait that would hang alongside portraits by Raphael, Rubens and Rembrandt in their collection of portraits of great artists.

In 1998, a major retrospective exhibition was held at the Birmingham City Art Gallery and in Cornwall. The artist is also the subject of a recent book and catalogue raisonné.

The painter died on March 21 March, Penzance, United Kingdom. Today his work is considered “vital to the image of the Newlyn School”. Langley was unique among the Newlyn artists in his mastery of the technique of watercolour painting. Today, his paintings can be found in private and public collections, including in the Birmingham Museum and Warrington Museum. 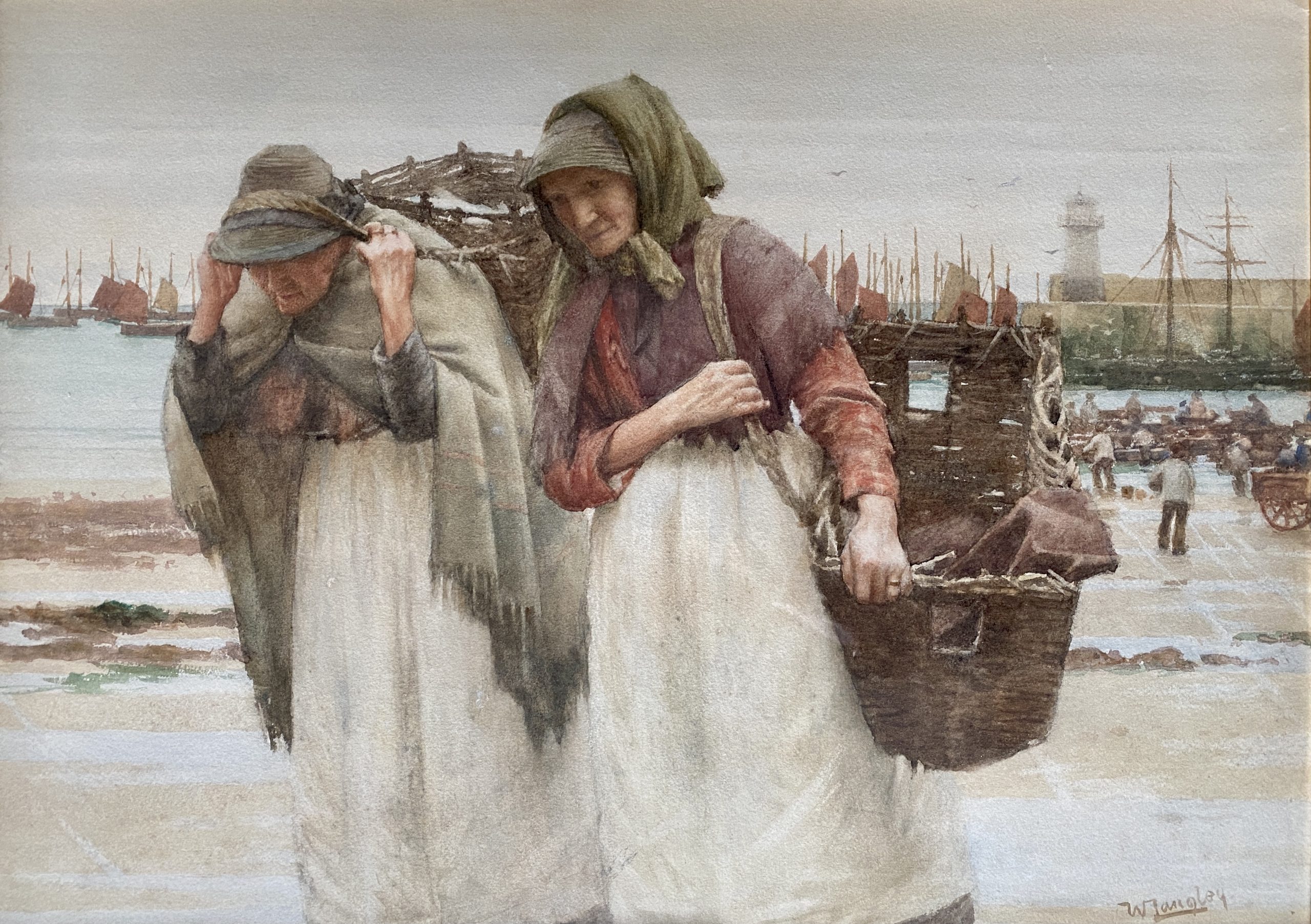