Ladies in a Park

Ladies in a Park

Toussaint Fernand was a painter of figures, feminine nudes, interiors, portraits, flowers, landscapes and seascapes, born in Brussels in 1873. At the age of fifteen he entered the Royal Academy of Fine Arts in his native town. He was as a pupil of Jean Portaels, an innovative and demanding teacher who attached prime importance to the art of drawing.

He participated in numerous Belgian and international exhibitions. Travelled to Paris, where he met Alfred Stevens. With Stevens’ guidance, Toussaint formulated his own individual style, combining elegance and fine draftsmanship with a free impressionistic handling of paint. He started portraiting and figured at the Salon des Artistes Français and received a third-class medal. He made portraits of ambassadors and famous people such as King Leopold II and Cardinal Micara.

He exhibited at major venues in Brussels and at the Société des artistes Français, where he received medals in 1901 and 1929. His winning piece was featured in the influential Parisian newspaper L’Illustration. Lucien Solvay affirmed that everyone found in him “the integrity of a conscientious painter, served by a sound of knowledge”. In 1929, art critic Mario de Marchi assured that Toussaint “remains the uncontested master of the grace and charm of women”.

His paintings are seducing, his technique is coloured and ingenious. Fernand Toussaint illustrated the typical 19th-century salon-painting, but with influence of Manet and of the Impressionists in his landscapes and in his figures. His facture is rich, showing the profiles. Everything in his painting is harmonizing into a romantic and aristocratic atmosphere, sophisticated but hazy and even foggy. He was breathing with French Impressionism, but he looked op to the tradition of English portraiture. He was immensely sensitive when he had to define a feminine female figure. Toussaint’s oeuvre is a testimony to an epoch when the beauty and diffidence of women was still honoured. Even in his delicate nudes, he managed to depict with endless respect.

He died in 1956. Today, his work is highly sought after and collected by art enthusiasts around the world. His paintings can be found in the Musée Charlier in Brussels, Museé Ixelles and Antwerp Vleeshuis. 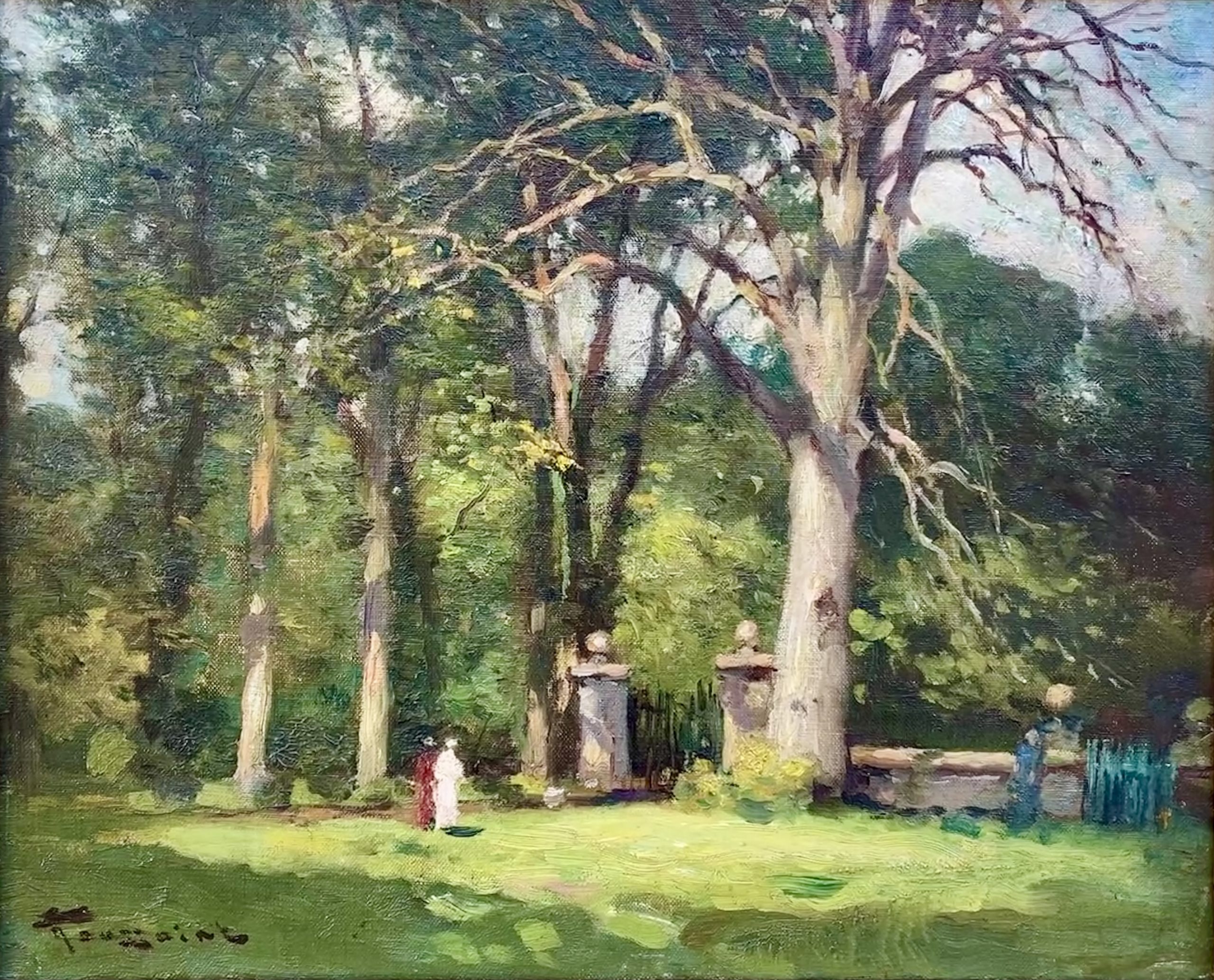