Hermans Charles was born in Brussels in a well-off bourgeois family on August 7 in 1839. He was a Belgian painter of genre scenes, portraits, landscapes and some still lifes. Through a number of his monumental genre paintings, he played an important role in the recognition of Realism in Belgian art.

He showed an interest in art from an early age and received lessons by master teacher and painter Gallait Louis (1810 – 1887). Later, he studied at the Saint Luc workshop in Brussels, a liberal workshop which offered an alternative to traditional academic education. Between 1858 and 1861, he stayed in Paris where he studied at the workshop of the Swiss master teacher and artist Gleyre Charles (1806 – 1874) at the École nationale supérieure des Beaux-Arts. Gleyre’s students were Claude Monet, Pierre-Auguste Renoir, Alfred Sisley, and James Abbott McNeill Whistler.

From 1862 to 1867, Hermans stayed and painted in Italy. In Rome between 1866 and 1869, he painted a favorite and a fashionable subject at the time, the life of the monks. Later he made several trips especially in the Mediterranean region.

Hermans participated in major international exhibitions such as the art section of the World Fair held in Paris in 1878. He earned an international reputation thanks to this success. His paintings were acquired by museums, both in Belgium and abroad.

In 1880, he exhibited at the Paris Salon “The masked ball”. Many reproductions of it were made and the original was acquired by the Pennsylvania Academy of the Fine Arts in 1882.

He died on December 7 in 1924 in Menton, Southeast France. Today, his works can be found in private and public collections, including Royal Museums of Fine Arts of Belgium, Musée Félicien Rops in Namur, Belgium. 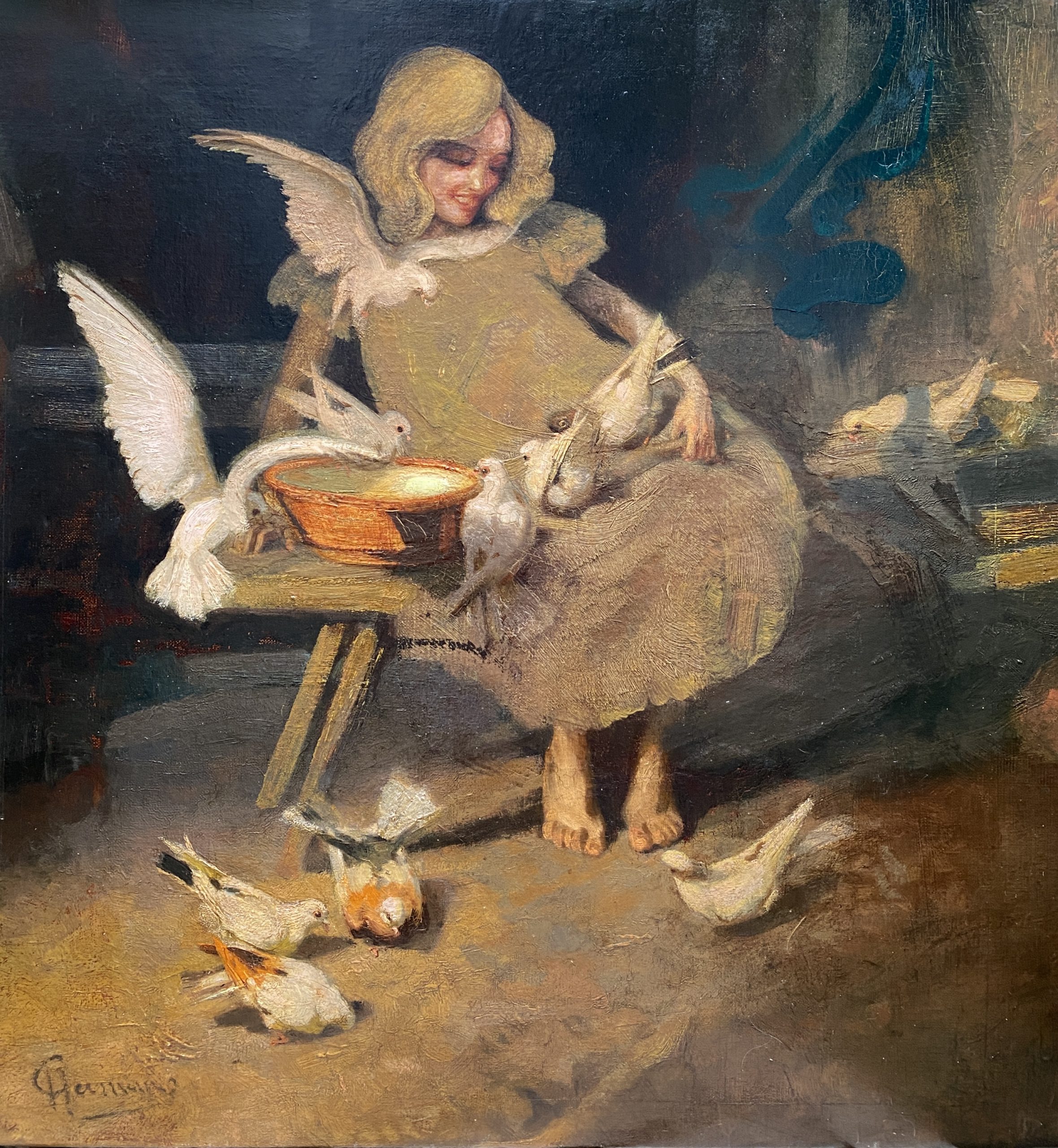