The influence of the Dutch Golden Age painter Frans Hals (1582 – 1666) is clear in his work. He was obviously influenced by artists such as Dirck Hals (1591 – 1656), Pieter Codde (1599 – 1678) and Jakob Duck (1600 – 1667); however Adriaen van Ostade (1610 – 1685), who also worked with Frans Hals, appears to have had the greatest impact on him. He was a storyteller as was Ten Kate and they both used rich colours and good composition to depict the scenes they were painting. Equally important, as far as subject matter is concerned, was the influence of Ernest Meissonier (1815 – 1891), who was painting a similar type of subjects at that time in France.

Ten Kate died there on March 26 in 1891 in his hometown. Today, his paintings can be found in private and public collections including in museums Rijksmuseum, Historical Museum, Rijksprentenkabinet, Stedelijke Museum, Willet-Holthuysen Museum in Amsterdam, Dordrecht, The Hague, Haarlem, Kampen, Leeuwarden, Rotterdam, Schiedam. 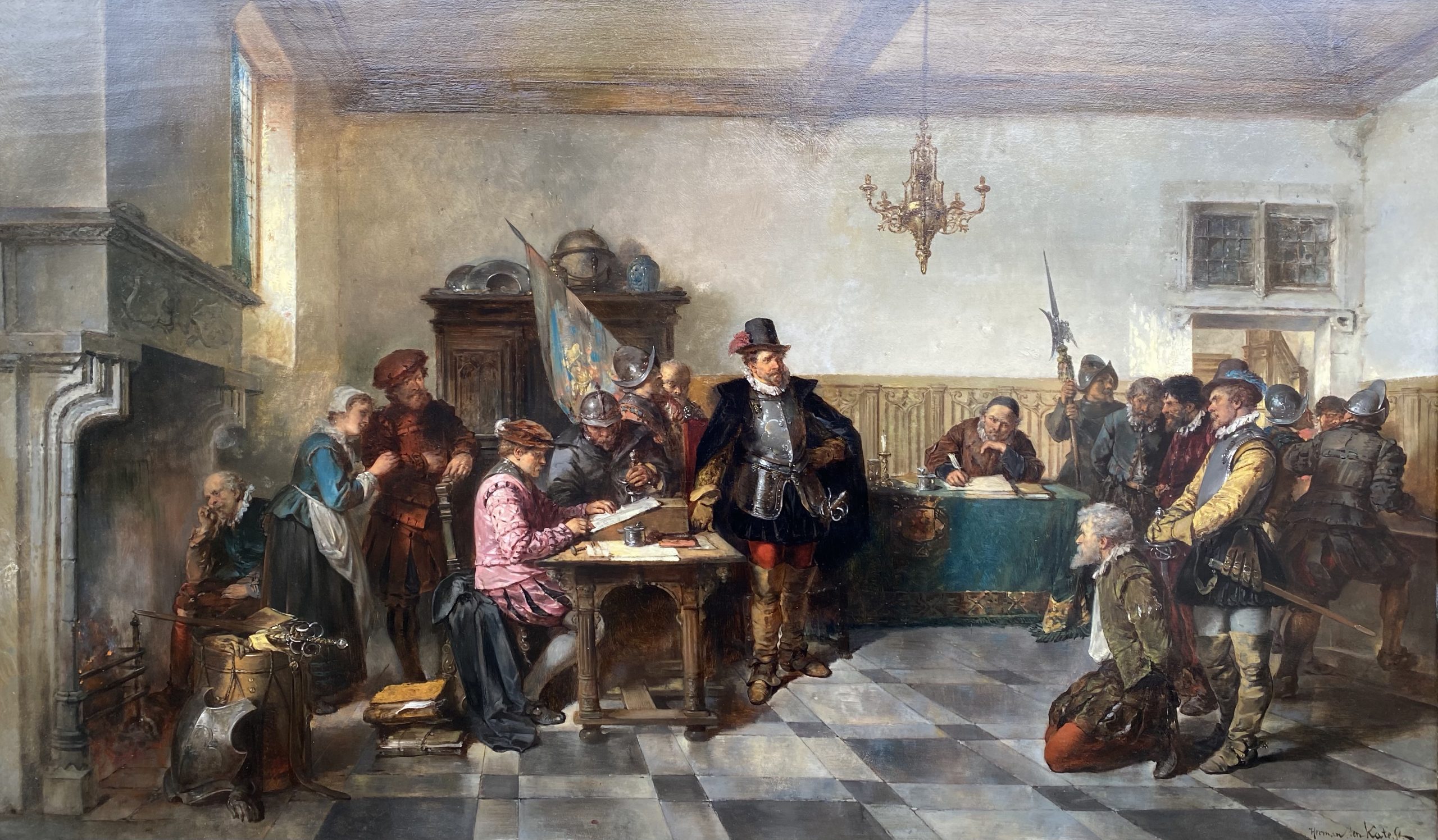