Portielje Edward was a painter of anecdotal genre-scenes, figures, interiors, seascapes and other subjects from the daily life of Dutch fishermen (Zealand).

Born in Antwerp on February 8, 1861 and died there on Decemder 18, 1949. He was part of the Portielje family of artists. Youngest son of Jan F.P. Portielje, brother of Gérard Portielje. Was knighted.

In 1873, Edward studied at the Academy of Fine Arts of Antwerp, with teachers, Ch. Verlat, P. Beaufaux and N. De Keyser. His father was his teacher as well. Even at the age of fourteen, he was already praised for his talent and won numerous prizes. At the Academy, he won first prize for Painted in collaboration with E. De Jans and J. Dierickx wall paintings for the Gent World Fair 1894. With the same artist he produces panels to decorate the World Fair in Antwerp.

Edward Portielje is the most variant artist of the three Portieljes, certainly in terms of his style. Edward’s search for his identity took longer than that of his brother Gerard. After copying both his brother and painter Henri Bource, he created his own style. After some time of using his traditional touch, he became influenced by the Impressionists and developed his touch accordingly although he did not use this to any great extreme.

His paintings can be found in many public and private collections worldwide. His work is also represented in the Museum of Antwerp: “Teasing” (1891), Chicago Museum of Fine Art and in museums in Sidney, Australia, Bourges and Bordeaux, France. 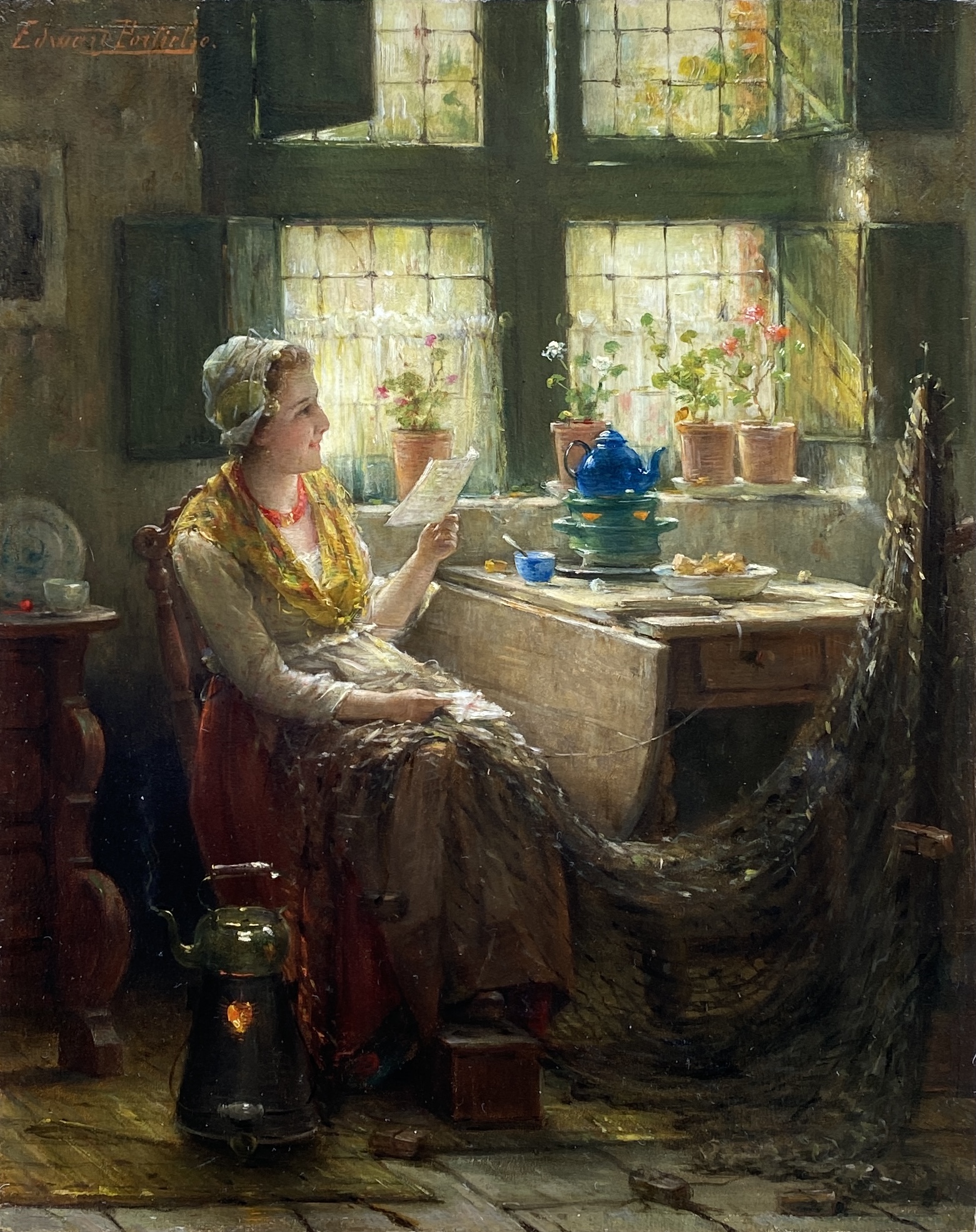