Diemer Michael Zeno is known for his great marine paintings and worked in both oil and watercolour. He was also a painter of battle scenes and landscapes.

Diemer was born on February 8, 1867 in Munich, Germany.  In 1884, he enrolled at the Academy of Fine Arts, Munich, where he studied with Gabriel Hackl and Alexander von Liezen-Mayer and began to exhibit there in 1909 and continued to do so in various major venues throughout his career.

His wife was the eldest daughter of the actress and writer, and his son was a pioneering test pilot and flight engineer.

Diemer’s fame initially derived from his imposing battle paintings. In 1894, over the course of six months, he worked in Innsbruck, where he created a 1000 square meter panoramic painting depicting the Battles of Bergisel 1809, in which forces led by Andreas Hofer defeated the armies of Napoleon and the Kingdom of Bavaria.

It is currently on display at the Innsbrucker Riesenrundgemälde one of the only thirty surviving panoramas from that period.

Another panorama from 1896 depicted the Battle of Bazeilles from the Franco-Prussian War. It was displayed at a specially constructed building in Mannheim and is now unfortunately lost.

He produced numerous landscape paintings and maritime scenes, poster designs, and postcard motifs. He also worked as a musician and a composer. Among his compositions is a “Largo for string orchestra” from 1910.

The Lucerne Historical Museum in Switzerland has two of Diemer’s masterpieces in their collection, “Night After a Battle” and “The Naval Battle of Lago”.

He created several works for the Deutsches Museum in Munich: including a “Roman Aqueduct”, a “Medieval Herb Garden” and “The flight of a Zeppelin” (1909). In Stuttgart he produced a series of fourteen large paintings on the history of Swabian emigration.

He died in Oberammergau, Germany in 1939. Today, his paintings are very wanted by international collectors, very sought after and can be found worldwide. 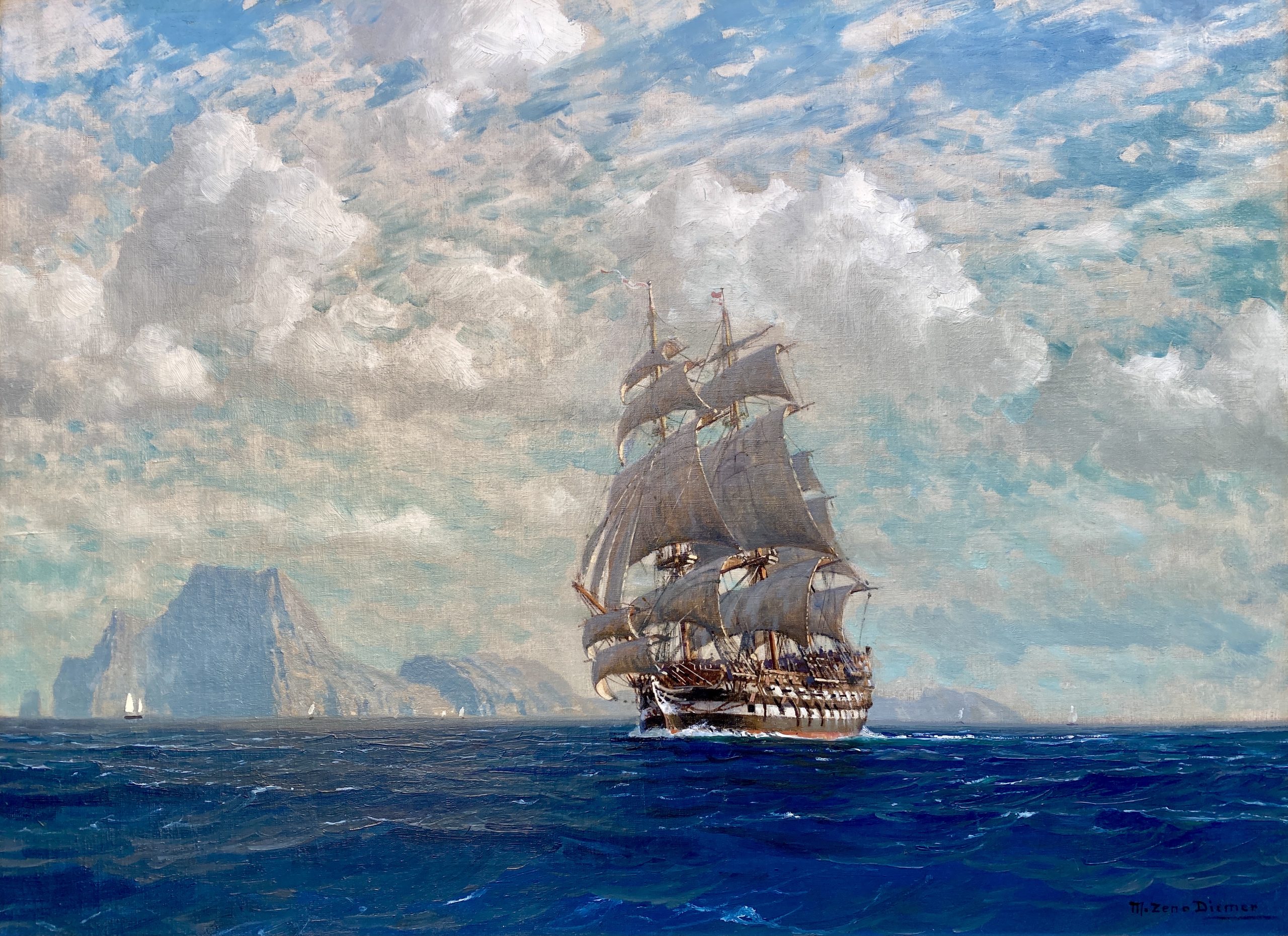