A View of Villefranche, France

A View of Villefranche, France

Deschamps Gabriel was born on July 20, 1919, in Bonneville (Haute-Savoie), France. He was a 20th century French painter of landscapes and animated landscapes.

He studied first at the Ecole Nationale Superieure des Beaux Arts in Paris from 1939 until 1940, and after with the teacher and figurative French painter Eugène Narbonne (1885 – 1973).

Deschamps exhibited in Paris since 1944 at the Salon d’Automne and became a member. He was also a member of the Artistes Indépendants in 1953 and 1954, the Société Nationale des Beaux-Arts from 1960 to 1964, and Comparaisons from 1962 to 1968. He exhibited in Paris, Oran (Algiers) and Casablanca (Morocco). He was for many years an official professor and teacher of Art to the State. He became well known both in Europe and on the American continent.

He was best known for his evocative landscapes depicting Provence, where he had a house and spectacular coastline of South of France. His paintings perfectly capture the fresh, vibrant colours and intense quality of light in that region. His figurative painting is subjective. He seeks to “recreate nature without being a victim of it”.

Descamps’ paintings were sold to many collectors in the United Kingdom in his lifetime and works are represented in important private collections in Switzerland, Belgium, Brazil, USA, and Argentina. His works can be found in museums in France and Morocco. 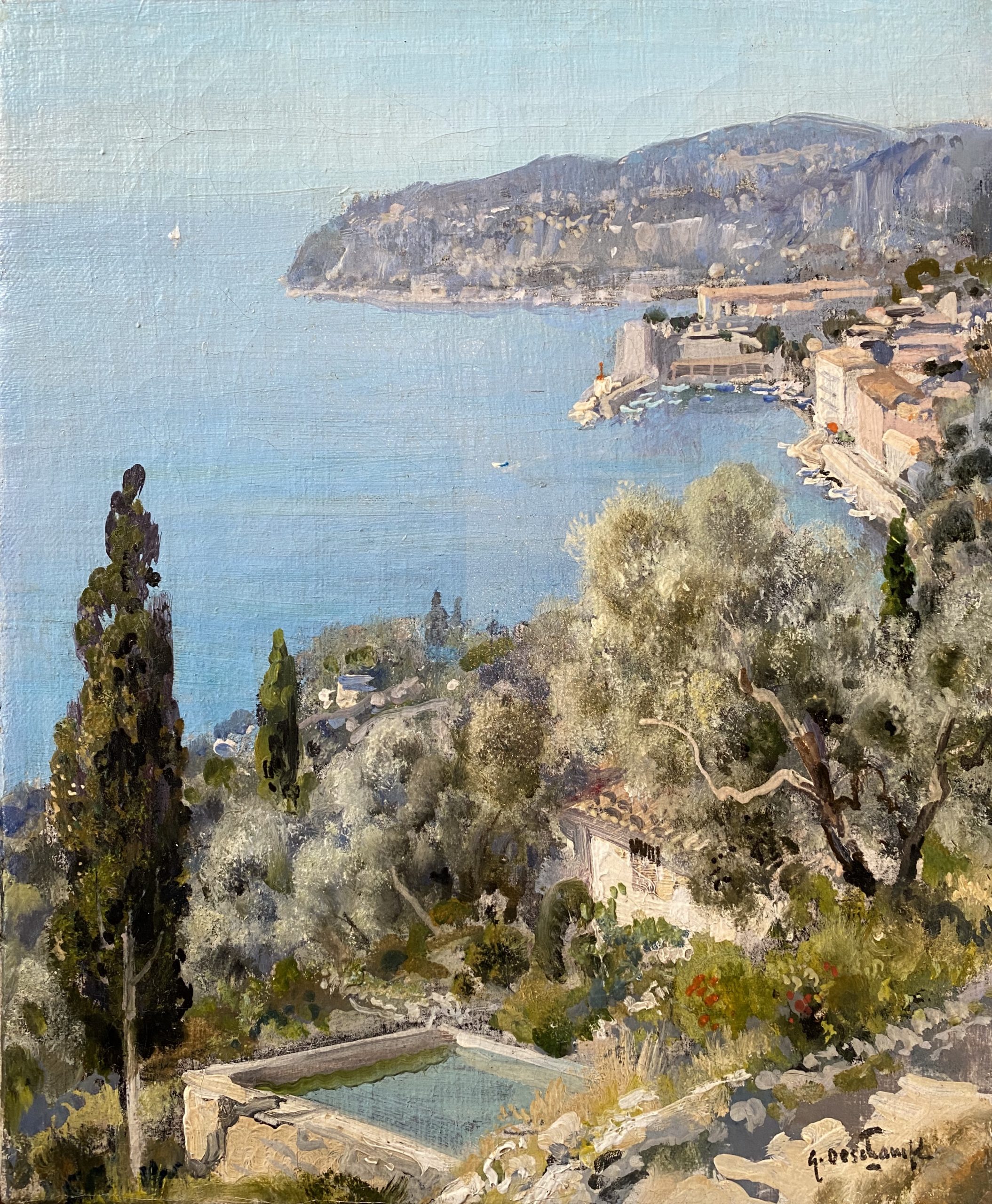