He was a Danish-born American maritime artist but much more a painter of boats and ships than of seascapes. Jacobsen was most successful of the late 19th and early 20th century American ship portraitists.

Jacobsen studied at the Royal Academy of Copenhagen. In 1871 he immigrated to America and took a job to paint decorations on commercial safes for the Marvin Safe Company in New York City. Jacobsen turned his attention towards portraits of ships and marine images and in 1880 he relocated his studio and residence permanently to West Hoboken, New Jersey.

In 1873 he arrived in New York. During his last few years Jacobsen enjoyed a comfortable lifestyle, which reflected the financial success of his life’s achievement. As to his artistry, viewers of his exhibitions can hardly fail but be always impressing. Many of his works were commissioned by European sea captains and owners, and so found their way to Europe.

Jacobsen deserves to be remembered for what he painted as much as for how he painted. We need to stress the wide range of vessel types and sizes which, drawn by the commercial magnetism of the port of New York, paraded together before Jacobsen’s eyes, to be ultimately captured on his canvases. Sail and steam, commercial and naval, large, and small, all manner of craft found representation in his work.

Liner La Champagne Forst of a series of four streamers all brought into service in 1886. Sistership: La Bourgogne, La Garcogne and La Bretagne. Runs aground during her launching in April 1885. Brought into service in May 1886 on the line Le Havre-New York. May 7, 1887, enters in collision and sinks the streamer Ville De Rio de Janeiro of Chargeurs Réunis, off Barfleur, then stands on a sand bank. No victims. The streamer La Champagne is set afloat then towed to Saint-Nazaire to be repaired there. In 1896, she is equipped with new boilers and a quadruple expansion machine. Her funnels are raised. Two masts are removed. In February 1898, following a damage of machine, drifts during 5 days in the North Atlantic before being towed by another ship. In 1905, undergoes new transformations then is transferred on the line from Mexico. In 1912, enters in collision at Lisbon with the DESNA of Royal Mail Line. Not very important damages. In 1915, is chartered by Compagnie Sud Atlantique. May 28, 1915, in full storm, runs aground in the entrance of Saint-Nazaire harbour and breaks in two. Sold for the demolition. 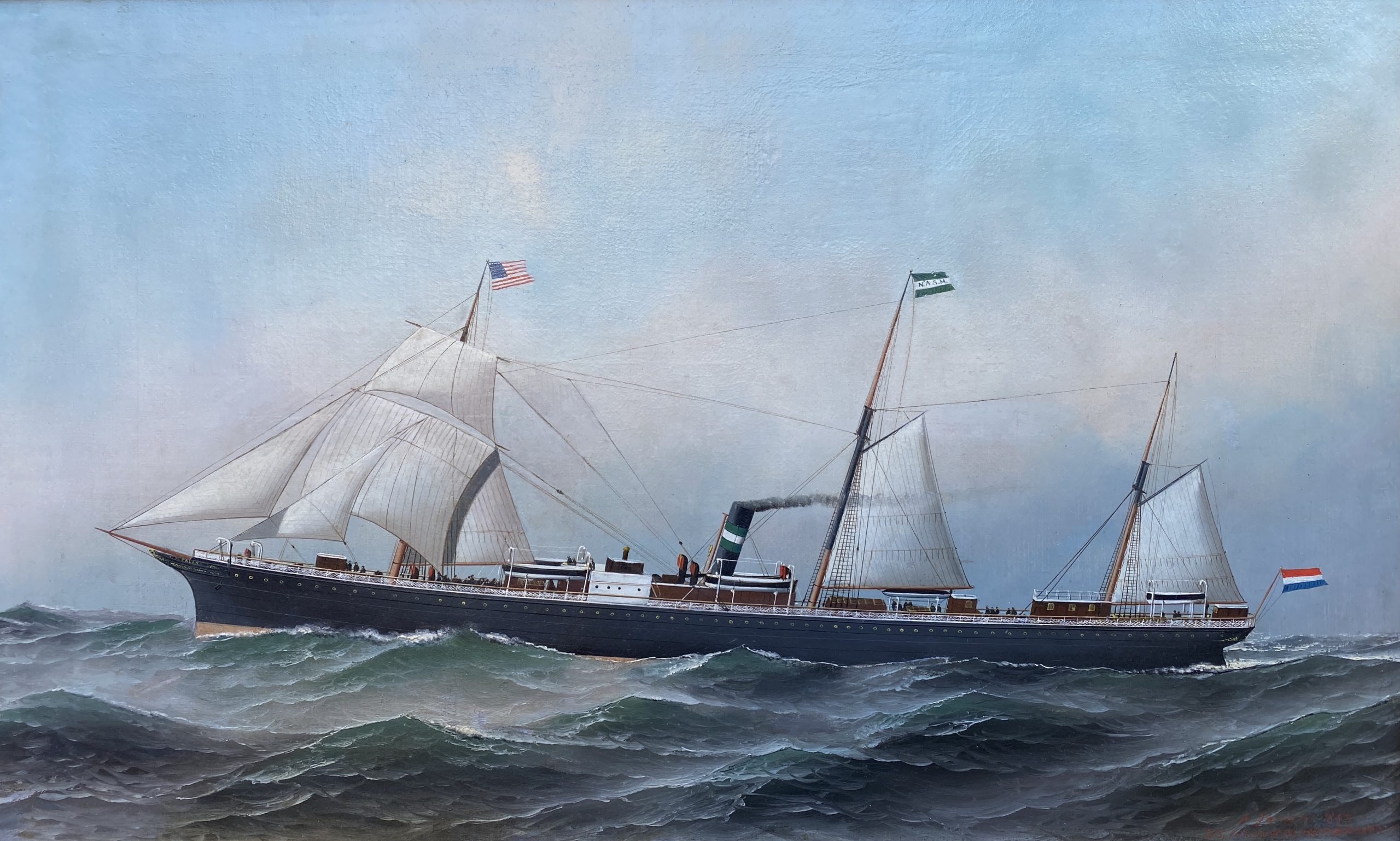