A Winter Landscape of Ardennes

A Winter Landscape of Ardennes

In 1944 he worked as a professional painter and in 1950 he settled in the house “Uilennest” where he also had his studio.

He was a Belgian painter of landscapes, seascapes and portraits.

Cosyns painted at first in the tradition of the painters of the 17th century. With his personal approach he rediscovers the Flemish landscape, especially that of the Ardennes, where the seasons provide him with countless variations. He followed in the footsteps of De Saedeleer. 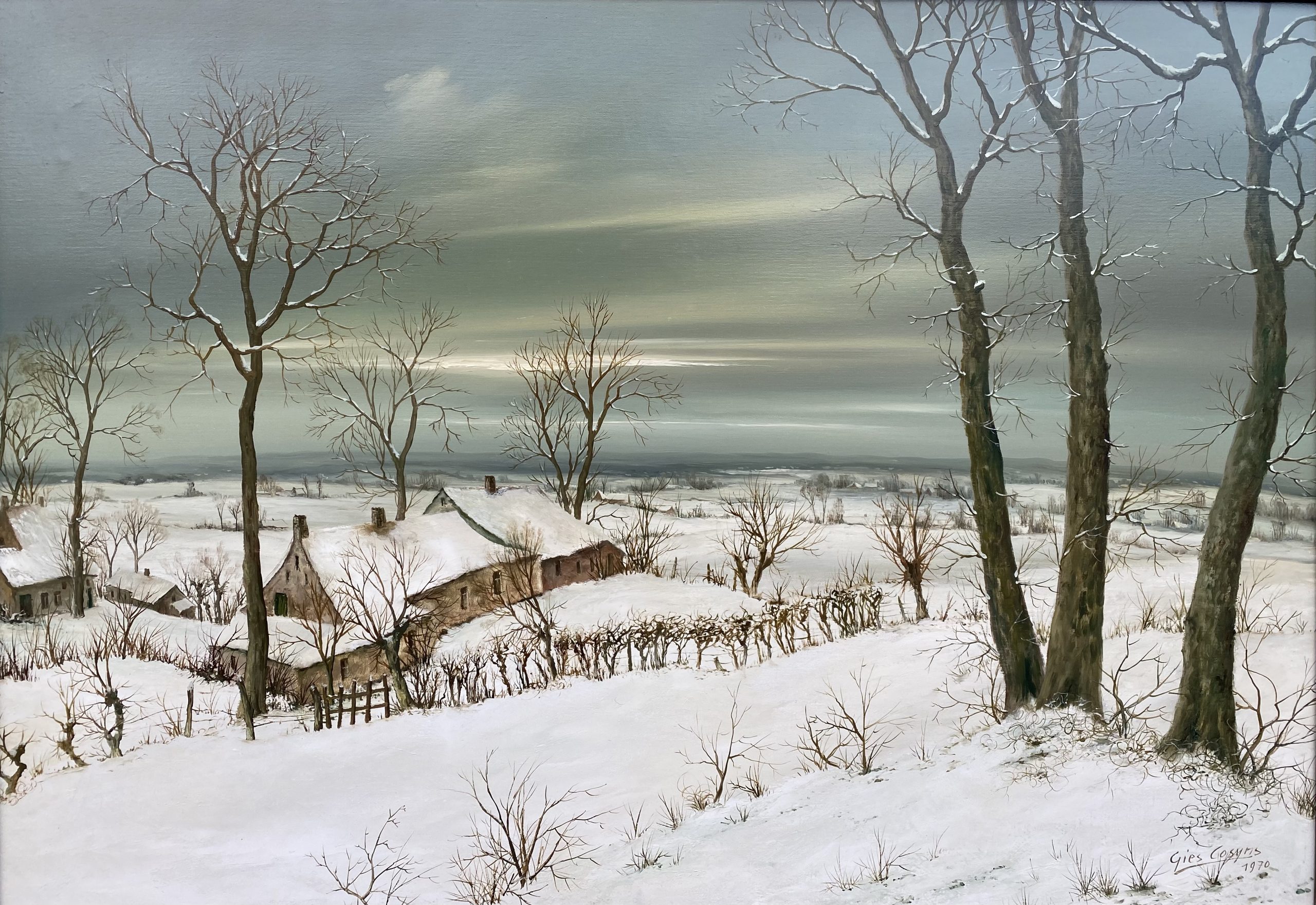