Charles Petit (pseudonym of Adriaan Christiaan Willem Terhell) was born on March 7, 1863, in Venlo. He was a Dutch Romantic painter of genre scenes, landscapes, seascapes and river views, village and townscapes. Besides oil paintings, he painted watercolours and gouaches. He singned with his own name, but also under the pseudonyms J. le Blanc, Ch. Petit, P. L. Jacoby and, to a lesser extent, C. de Zeeuw.

He lived and worked in Bussum until 1885 and then in The Hague until 1943. In 1899, he was appointed painter of family coats of arms by the High Council of Nobility for many years. During the last years of his life (1943-1948) he stayed in the east of the Netherlands, in Bennekom, Denekamp, Enschede and Diepenheim.

Painter died on April 28 in 1949 in Beverwijk at the age of 86. Today, his works can be found in private collections at home and abroad, especially in America. His typical, almost stereotypically Dutch scenes depicting aspects of everyday life by portraying ordinary people engaged in common activities are in great demand. The depictions are romanticized and the colours are rather softened by the artist. 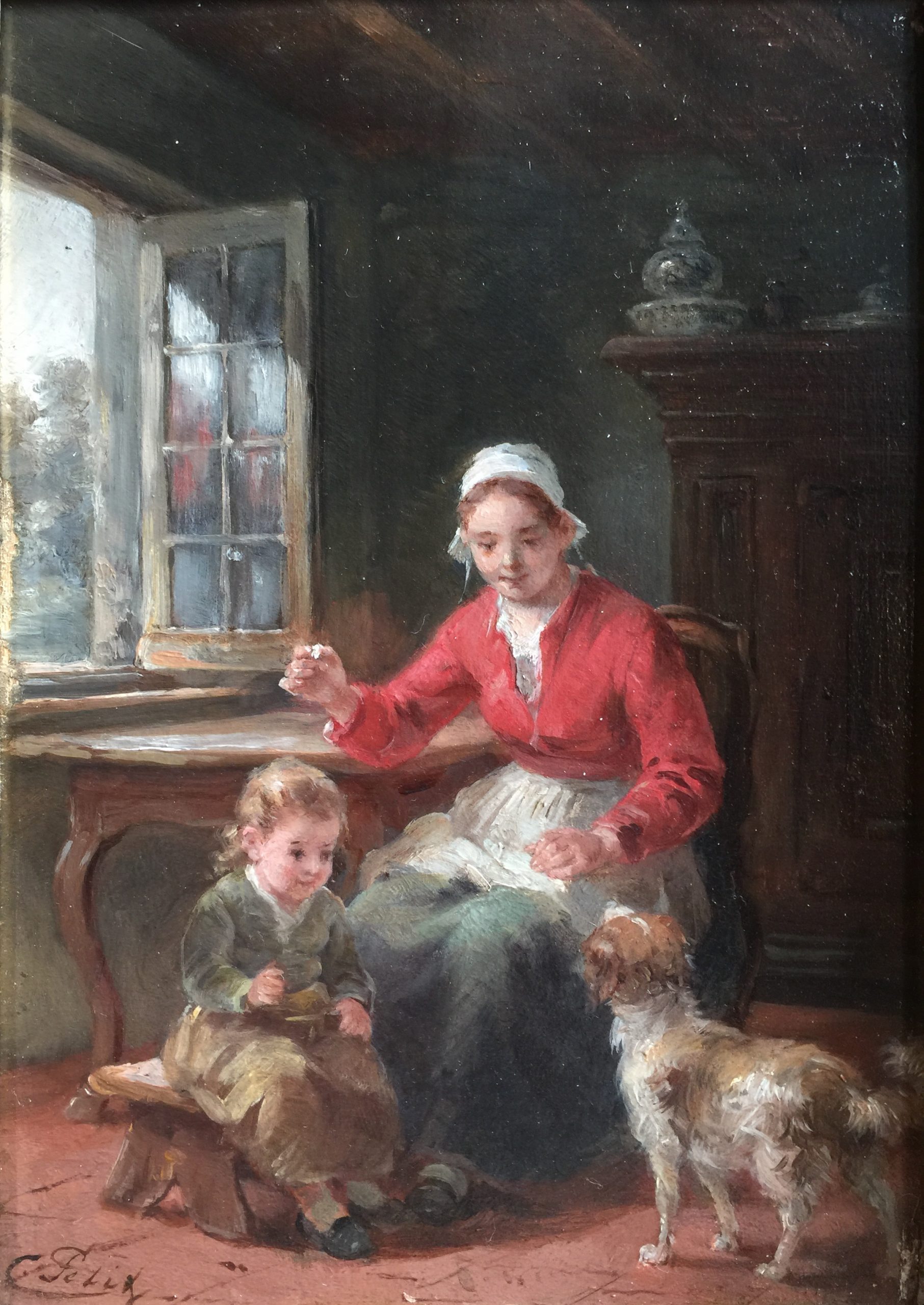