Carrier-Belleuse Pierre-Gérard was born on January 28 in 1851 in Paris. He was a French painter of ballet scenes and pastels, he also painted landscapes, portraits, and genre scenes.

In 1875, he exhibited at the Salon and won a silver medal at the Exposition Universelle (1889). He also produced drawings and lithographs for Le Figaro Illustré. Between 1914 and 1916, he and Auguste François-Marie Gorguet proposed, planned and supervised the creation of the Panthéon de la Guerre, which was the world’s largest painting (13,7 x 122,5m) containing almost 5000 portraits mostly sketched from life of notable French figures. Twenty artists played a major role in its production and many more made contributions. It was exhibited in a specially constructed display building (which was demolished in 1960) next to the Hôtel des Invalides. Later, it made its way to the United States, and reconfigured portions of it may now be seen in the National World War I Museum at the Liberty Memorial in Kansas City.

In 1881, Carrier-Belleuse painted with his team his second large painting 16 x125 cm “Le Panorama de Notre-Dame de Lourdes” which disappeared in 1956. It represented the Marian apparition on April 7 in 1858 and featured over 500 personages.

He died on 29 January in 1932 in Paris. Most of his paintings are cherished by private collectors. 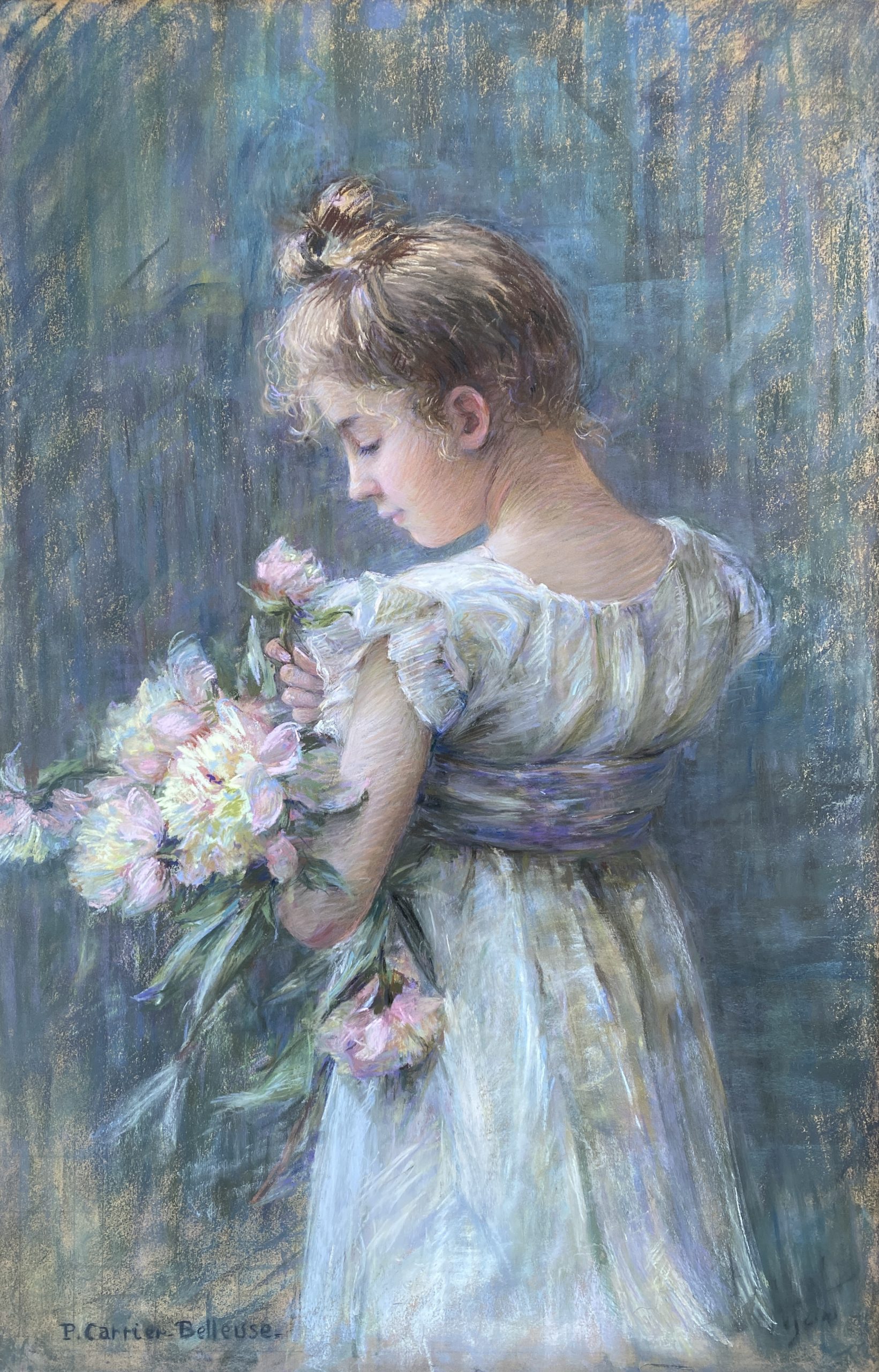