Portrait of a Collector

Portrait of a Collector

Brunin Leon, also was born on November 20 in 1861 in Antwerp. He was a Belgian painter of genre scenes, interiors, landscapes and animals. He was also a fine sculptor and used the pseudonyms of Demeuter and de Meuter of Meutter.
As a young child, he introduced to sculpture at “L’Academie des Beaux Arts” in Antwerp and became the favorite student of the renowned sculpturer, Frans Joris.
As a young man, Brunin abandoned sculpture in order to concentrate on painting. He started under the direction of Polydore Beaufaux and after that, became an important student and protégé of the world-renowned artist and teacher, Charles Verlat.
Brunin was a founder of the “Aze ick can” circle.
Brunin exhibited in 1880 and continued to exhibit extensively throughout Belgium and Holland for several decades. He exhibited also in Paris, Philadelphia, Munich, Chicago, Bordeaux and Liverpool.
During a voyage to Holland, Brunin was permitted to study the technique of old masters, especially Rembrandt which tremendously influenced his work.
Brunin’s paitings takes you three centuries back into time guiding you through the cloisters of old castles. His colours are so velvety, personages look so real.
In 1886, he became a professor at the Academy of Antwerp. He became extremely well known for his portraits and interior scenes. “In art”, said A. Breuer, “he excels in historical genre and his canvases reveal a scrupulous care for truth”.
Brunin died on March 13 in 1949 in his hometown. Today, Brunin’s work can be found in museums in Antwerp (Belgium), Munich (Germany) and Chicago (Illinois, USA). 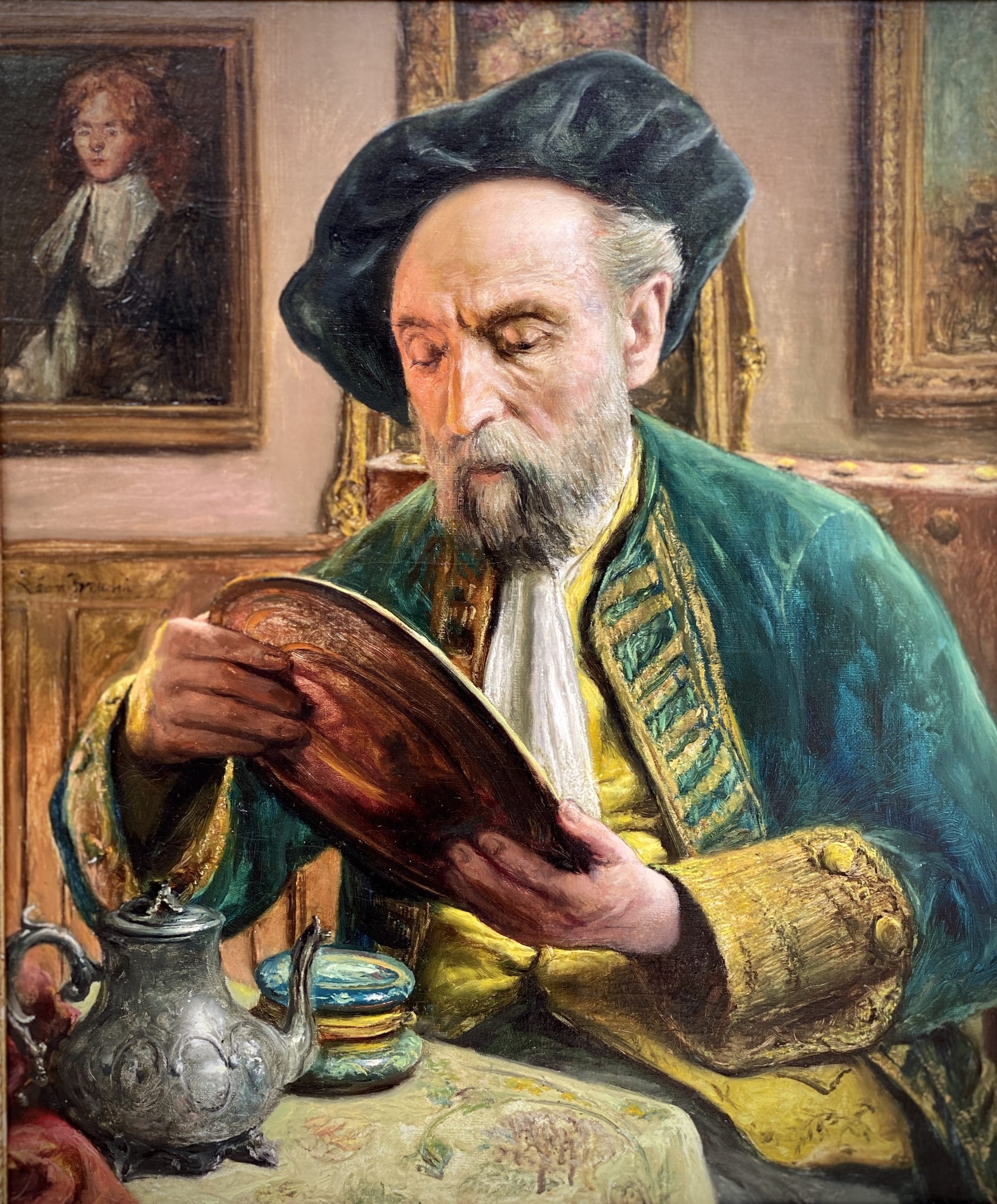