A View of Bruges – Beguinage Bridge

A View of Bruges – Beguinage Bridge

Mechelaere Leo (Leon) was born in Bruges, Belgium in 1880. He was a painter and watercolorist of urban scenes, landscapes, interiors, portraits and still life paintings.

Mechelaere was noted for his urban scenes of Bruges, Damme and Lissewege. He felt and described the ever-changing view of Bruges according to the seasons and with his skilful brush he depicts these cityscapes in all their variety and wealth of colors and strong light.

He moved with his wife to Erlangen, Germany later in life due to health reasons. Painter is considered one of the major artists of the Bruges Colony.

Today, his works can be found in private and public collections including the Groeninge Museum of Arts in Bruges, Belgium. 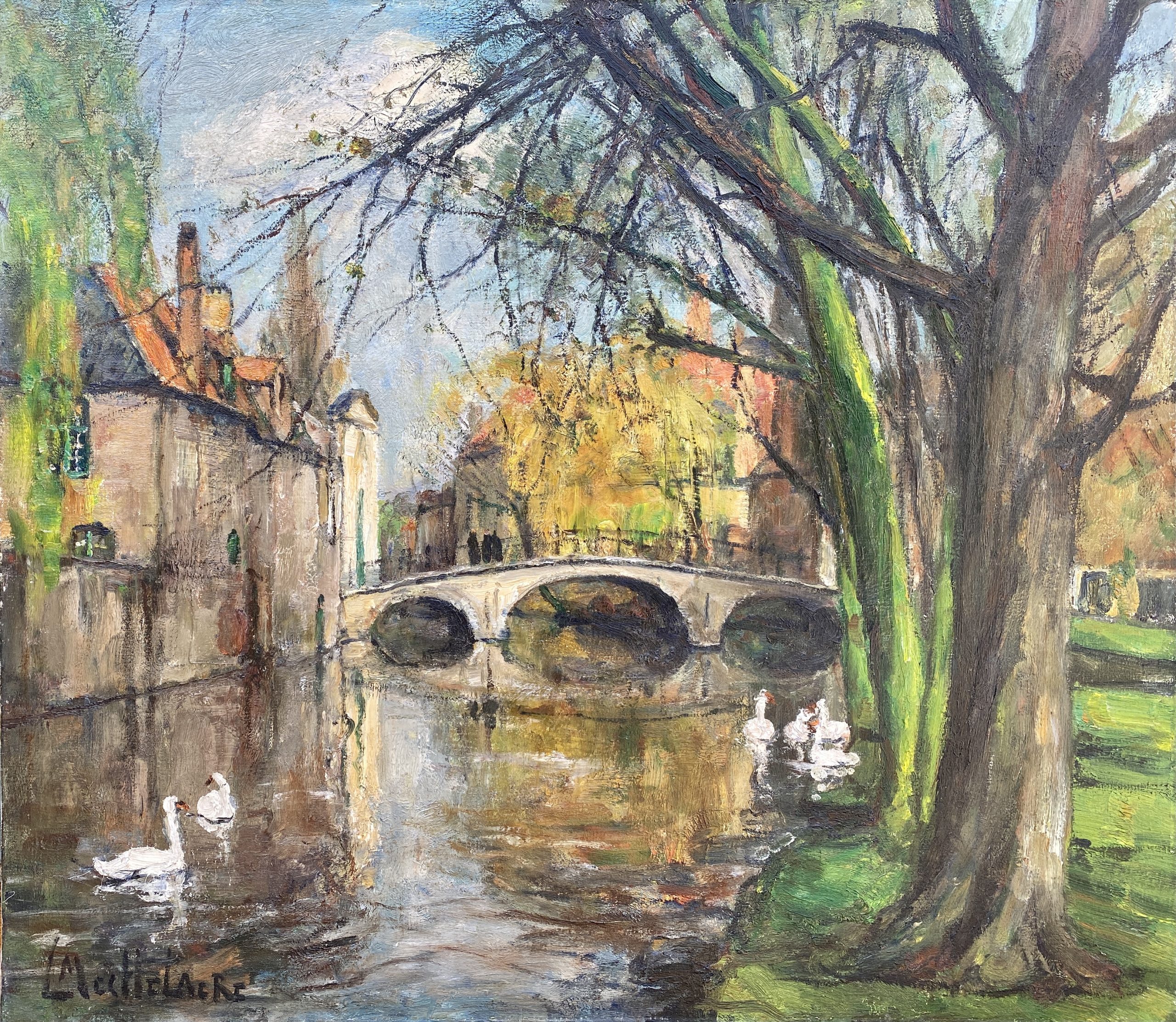