His specialty was coastal scenes which made him became famous. His son Arnegger Gottfried (1905 -) was a student of his father, as a famous landscape painter.

Arnegger Alois studied at the Academy of Fine Arts Vienna, with master teachers and artists;

At first, he painted scenes from his Austrian origin, and from the 1920s onwards he focused more on Italian costs such as the bay of Naples, Sorrento, Capri (Picolla Marina Beach), Lago di Garda Sanremo and Taormina.

Contini pseudonym was adopted by Arnegger Alois in Naples after he meet a very rich and influential family. He signed several paintings with his pseudonym.

Today, Arnegger’s works can be found in numerous important private collections worldwide, as well as in Museum of Fine Art in Vienna, Austria. 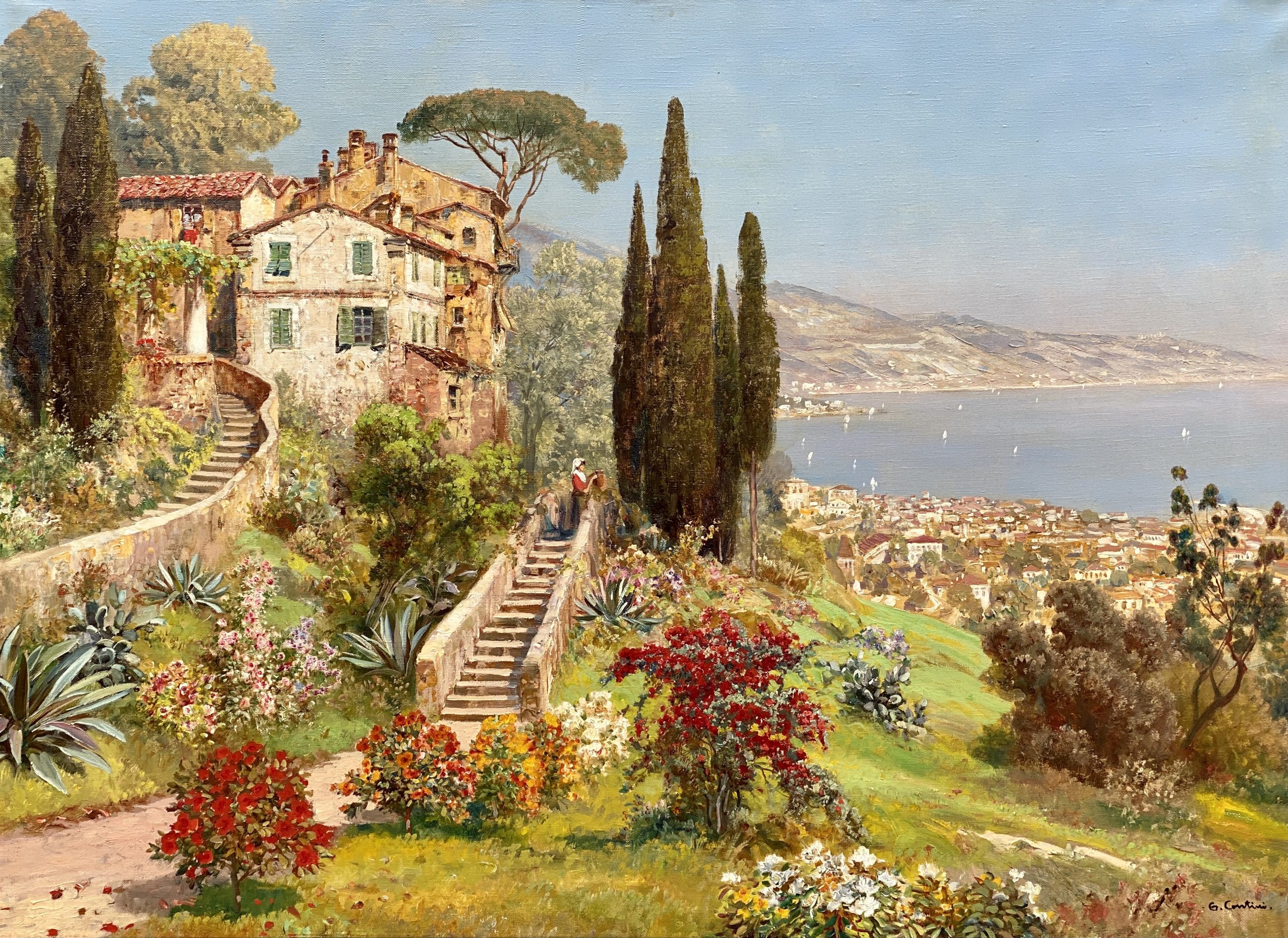