Albert Jos was born in Brussels in 1886. He was a Belgian painter of still lifes, landscapes and portraits. He was also a draughtsman and etcher.

In 1919, after the war, he stayed in Paris for three months. Albert Jos made his debut in Belgian art movement as a Brabant fauvist. After his stay in Paris, his palette darkened for several years under the influence of the French cubists.

From 1921 onwards, he painted mainly still lifes and landscapes from a very analytical vision, in which the meticulous design reminds us of the Flemish Primitives. He also painted portraits.

He died in 1981 in Ukkel (Brussels). Today, his works can be found in private and public collections, including the museums in Antwerp, Brussels, Elsene, Ghent and Liège. 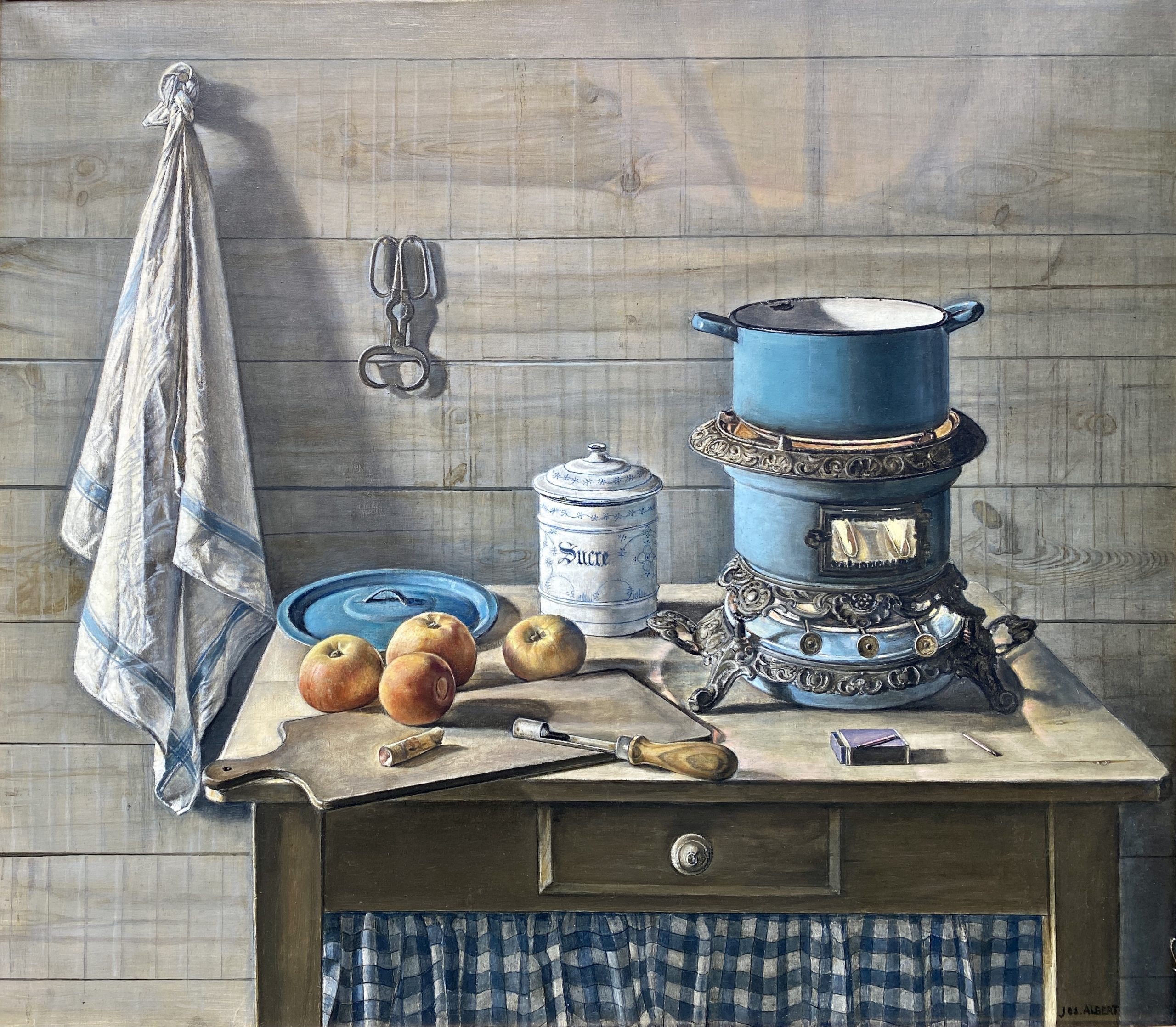