Proost Alfons was born in Saint-Nicholas-Waas, Belgium in 1880. He was a post-impressionist painter of figures, fairs, circus scenes, dancers and acrobats, still lifes, landscapes and marines. He was also a sought after decorator, etcher, lithographer and illustrator.

Undertook study trips to Sweden and England, where he was impressed by Turner’s work. Stayed in Sweden in 1905-06 and worked there with A. Zorn. In 1910 he settled in Waasmunster and became friends with the luminist E. Verstraeten. In 1914, he painted the war ruins in Mechelen. Was badly hurt during World War I as a war-volunteer and transferred to London. There he meets E. Claus, who strongly influenced him. Until 1920 he painted in London, in a light and vivid colorite, the Thames and the life in London. There he also makes his first etchings and lithographs. After his return to Antwerp (1919) he settled down and became a teacher at the Academy of Antwerp (1920-45).

Proost was member of the (Royal) Wase Kunstkring. He sold his paintings quite successfully directly to private clients.

Today, his works can be found in private and public collections, including in museums in Brussels, Antwerp (“Strandsgezicht) and Sint-Niklaas. 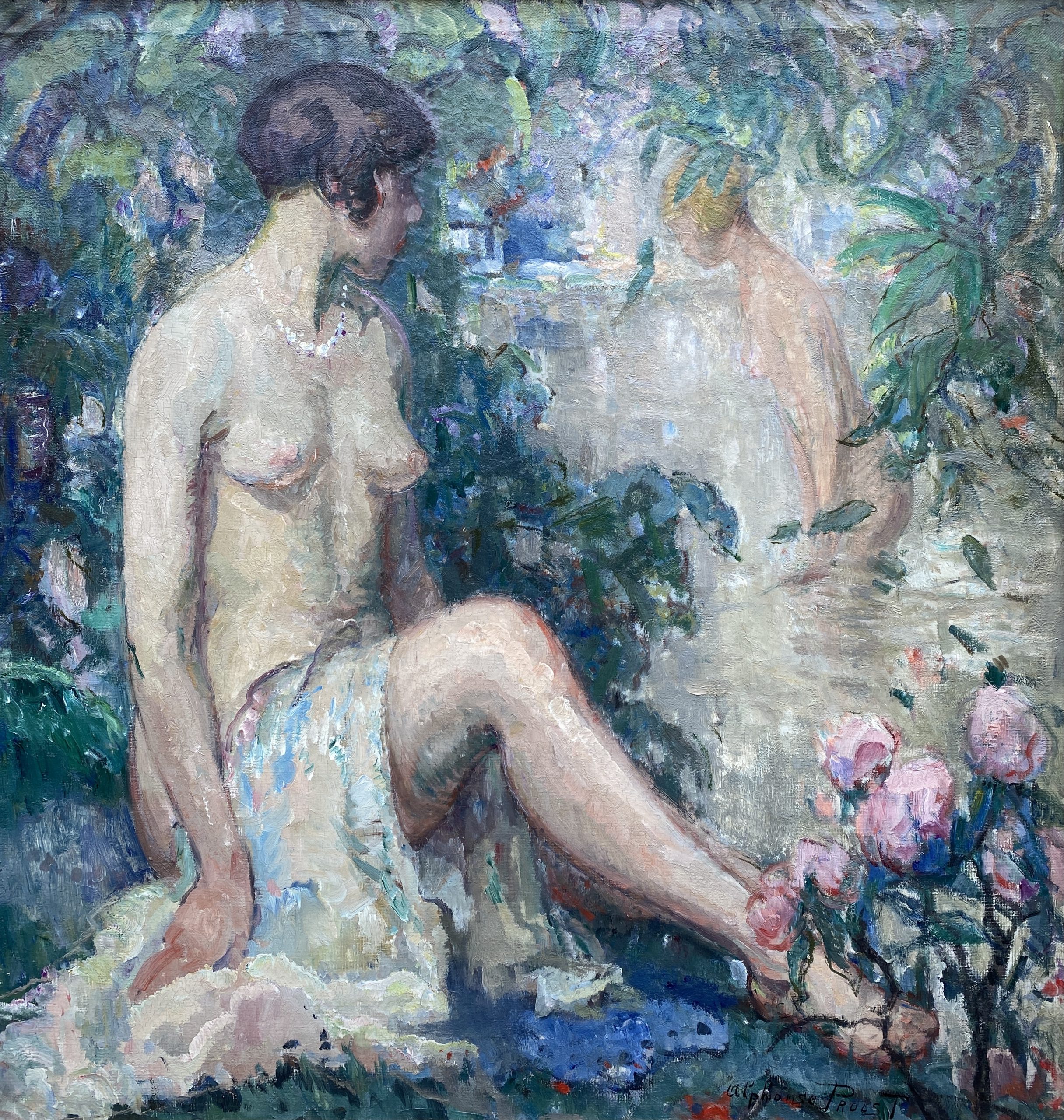