Baes Emile was born in Brussels in 1879. He was a painter, draughtsman, etcher. He studied at the Brussels Academy under the guidance of Joseph Stallaert (1895-1901).

He went to Paris to perfect his skills where he worked under Alexander Cabanel and Léon Bonnat.

Baes debuted in academic style with historical scenes and portraits, female figures, characters, but would later find his true mastery and achieves success as a fashionable painter of figures and nudes. He was influenced by Paul Flaubert, Symbolism and Orientalism. 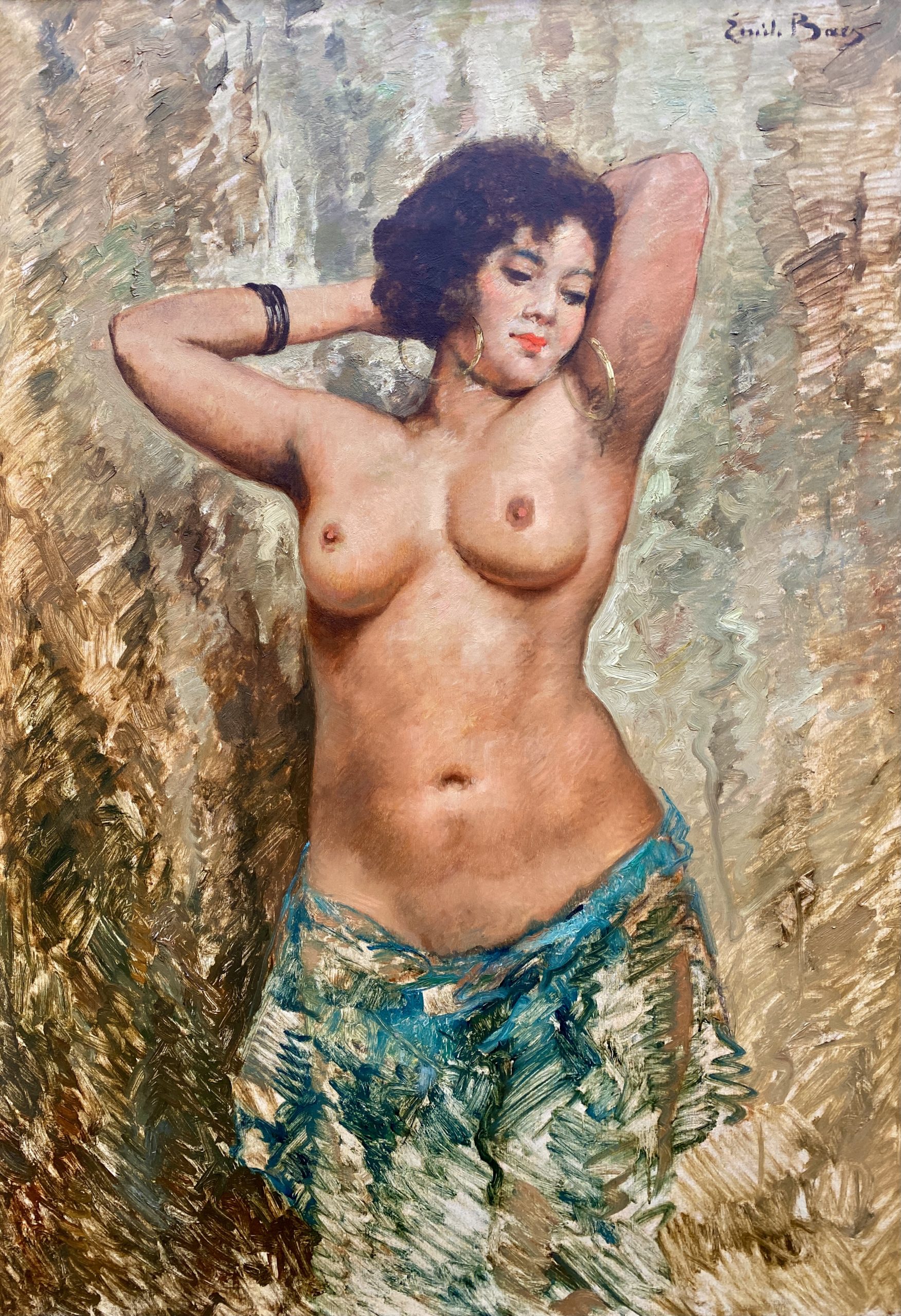