A Village Scene with Boat and Mountain

A Village Scene with Boat and Mountain

Kuwasseg Charles Euphrasie was born in Draveil, France on September 29, 1838. He was a painter of landscapes and marines and worked with both oils and watercolours. He was the son of noted Austrian born artist, Kuwasseg Karel-Josef who was also his first teacher. Kuwasseg worked closely  with his father and afterwards, enlisted as a sailor. Upon his return to France in 1853, he studied with master teachers and artists Jean Baptiste Henri Durand-Brager and Louis Gabriel Eugene Isabey.

Kuwasseg began to exhibit at the famed Paris Salon beginning in 1855 with much success and continued to do so quite often throughout his career. He also exhibited regularly at the equally important Salon of French Artists (Salones des Artistes Francais) in Paris and in 1892 was awarded a third place medal by this prestigious organization. He was named a professor by the Salon and his students included notable artists such as Joseph Leon Clavel de Marie and Emil Clarel.

Kuwasseg is particularly noted for his paintings of windblows sail boats on the Brittany Coast and the North Sea as wel as depictions of seaports in Northern Europe. His landscapes of Normandy countryside and his paintings of the Parisian working class were done in a realistic, yet delicate and sincere style. 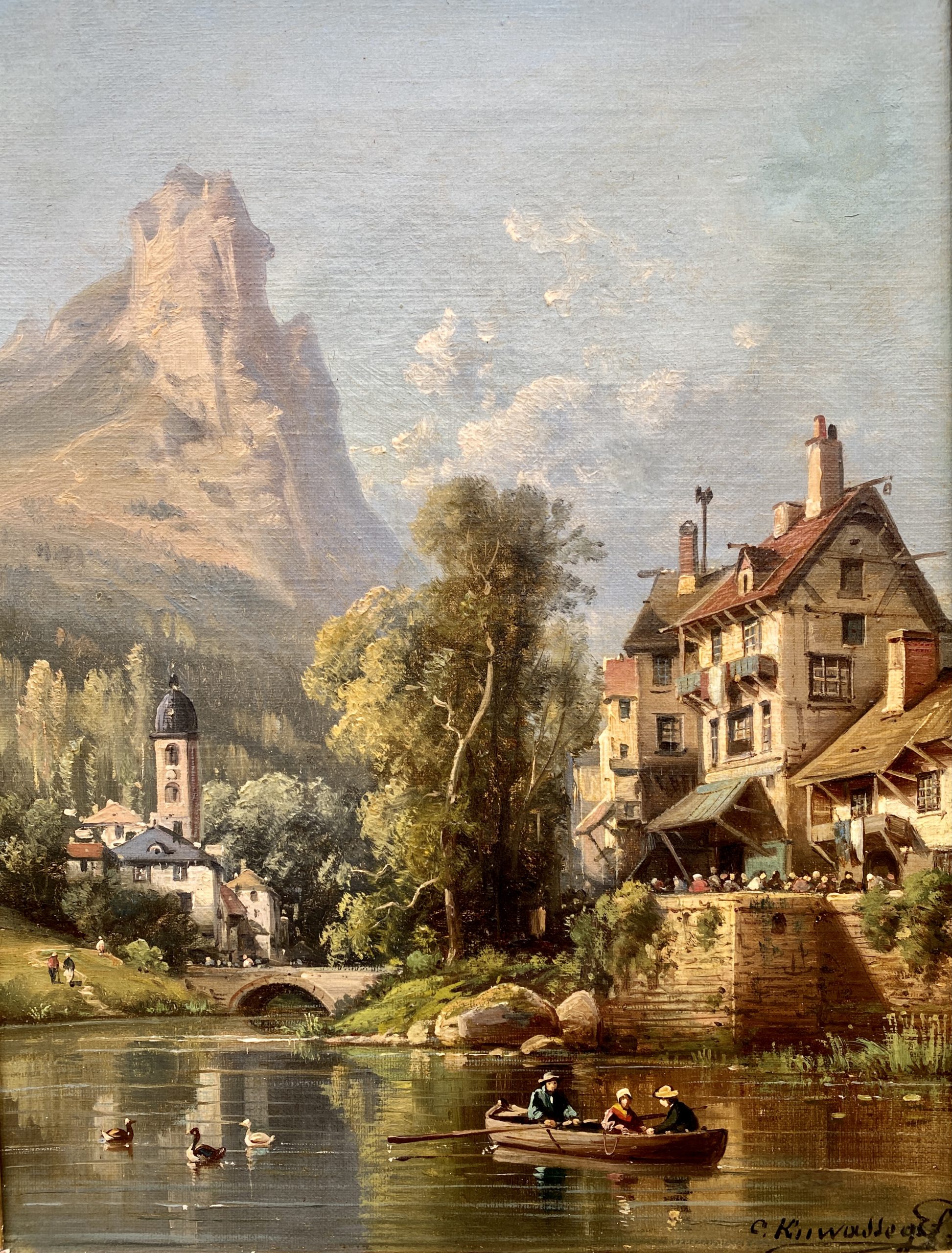