Rommelaere Emile was born in on March 27, 1873 in Bruges, 1961. He was a Belgian painter who belonged to the Bruges School.

He participated in the Rome Prize in 1895. In 1895 he became a master teacher at the Academy in Bruges. He remained in function until his retirement in 1942. Among his pupils was Leon Dieperinck.

Rommelaere assisted his teacher De Vriendt in the realization of murals in the Gothic Hall of the Bruges Town Hall and continued the project after De Vriendt’s death in 1900 (1895-1901), after which the work was taken over by Juliaan De Vriendt.

Rommelaere had individual exhibitions in the Salle Taets, Ghent and the Galerie San Salvador, Bruges.

He died on November 21 in Westkapelle, Knokke.

Today, his work can be found in private and public collections, including Bruges Groeninge Museum, Bruges Provincial Court “Portrait of Governor J. De Béthune” in Mechelen in Belgium and in Metz, France. 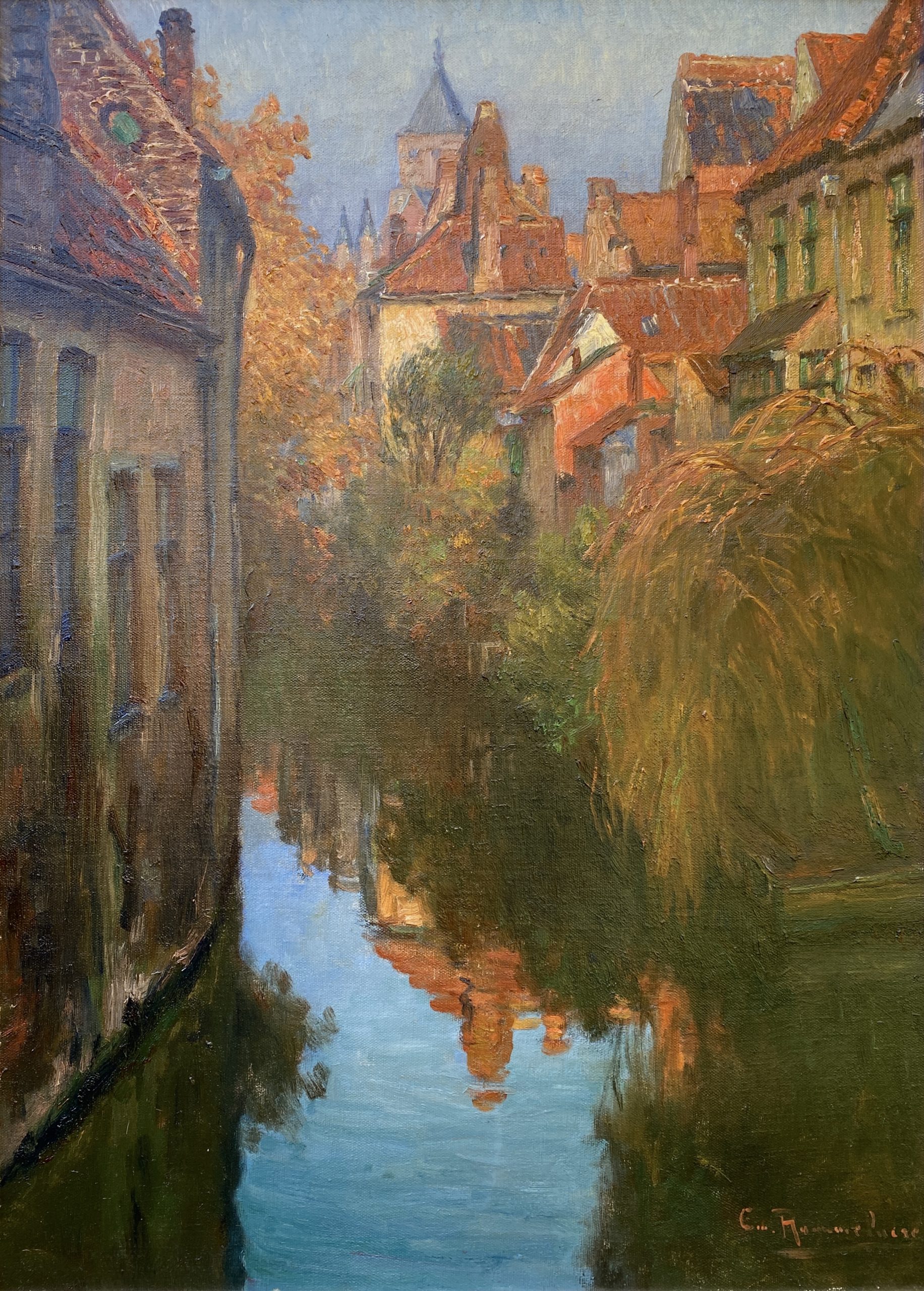