A Still Life of Flowers in a Chinese Vase

A Still Life of Flowers in a Chinese Vase

Pupil at the Mons Academy of Van Ysendyck; hence he went to study in Paris in the Fine Arts School as a pupil of Picot. Was awarded the Prize of Rome in 1850 with “The Battle of the Horatii and the Curiatti” and then spent five years in Italy. Then he sojourned for some ten years in Paris, where he produced his principal works. In Paris, he became a painter of Napoleon III. After his stay in Paris, he went to Brussels where he settled down after the fall of the Empire. He practised a wall-painting in the Town Hall of Mons.

His paintings can be found in the museums in Brussels and Mons. 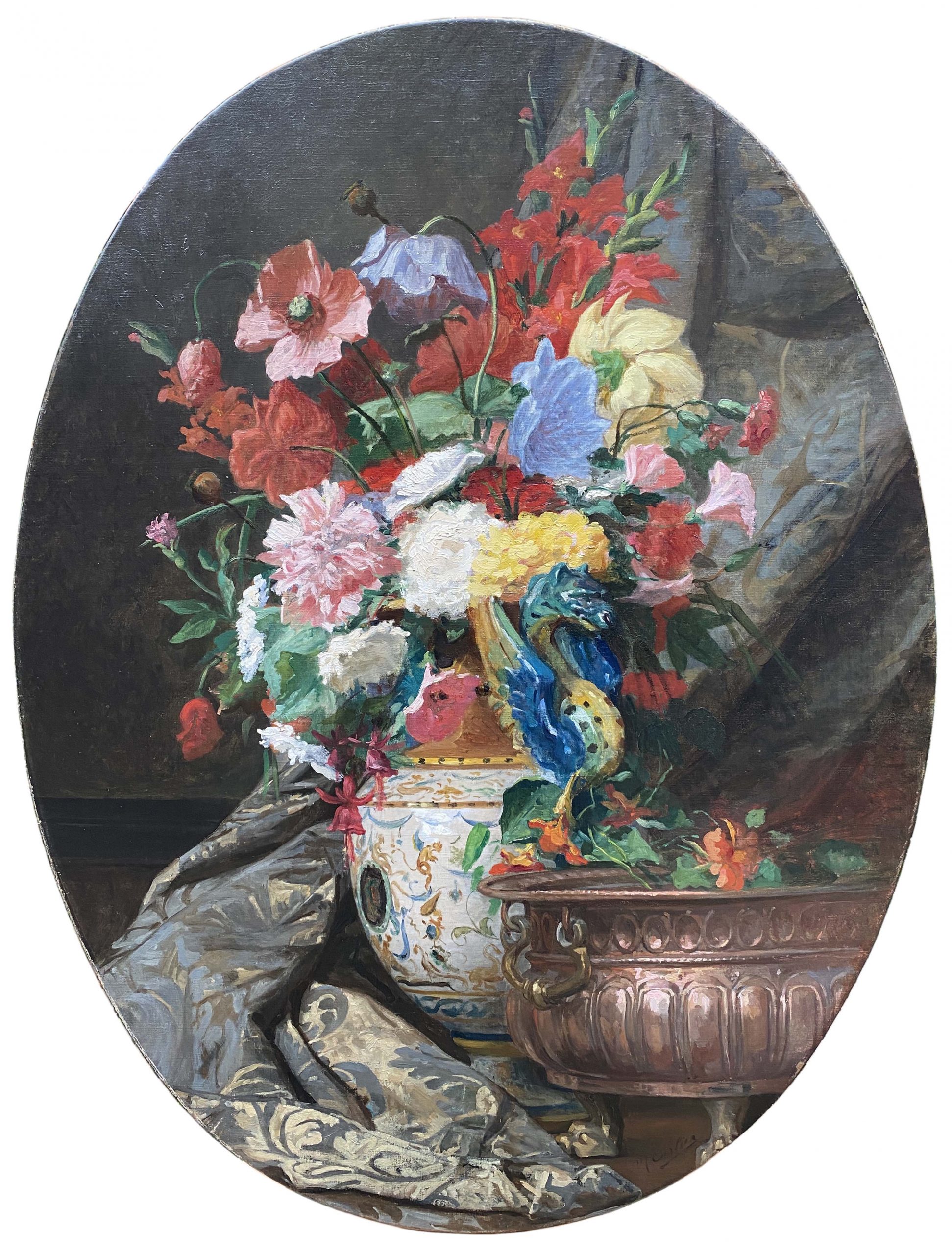