A Portrait of a Gentleman

A Portrait of a Gentleman

Pourbus Frans the Elder was born in Bruges in 1545. He was a Flemish Renaissance painter who is known for his portraits and also religious compositions. He painted few paintings genre scene. He was a son of the Bruges painter and cartographer Pieter Pourbus (c.1523 – 1584), and father to the great international court painter Frans Pourbus the Younger (1569 – 1622). Born in Bruges in 1545, Frans was intensively trained in his father’s studio. By 1564 the artist was registered as working in the workshop of Antwerp painter Frans Floris (1516 – 1570), whose niece Susanna he went on to marry in 1566. Later in 1569 and 1570 he was appointed a master of the Antwerp Guild of Saint Luke. Following his father, he painted religious subjects and portraits of the rising mercantile class. Frans Pourbus the Elder’s portraits demonstrate psychological insight and remarkable powers of observation. His pupils included most notably Gortzius Geldorp and his son Frans Pourbus the Younger. His son became a portrait painter with an international career. He died of typhoid fever in Antwerp in 19 September 1581 at the very early age of thirty-six. 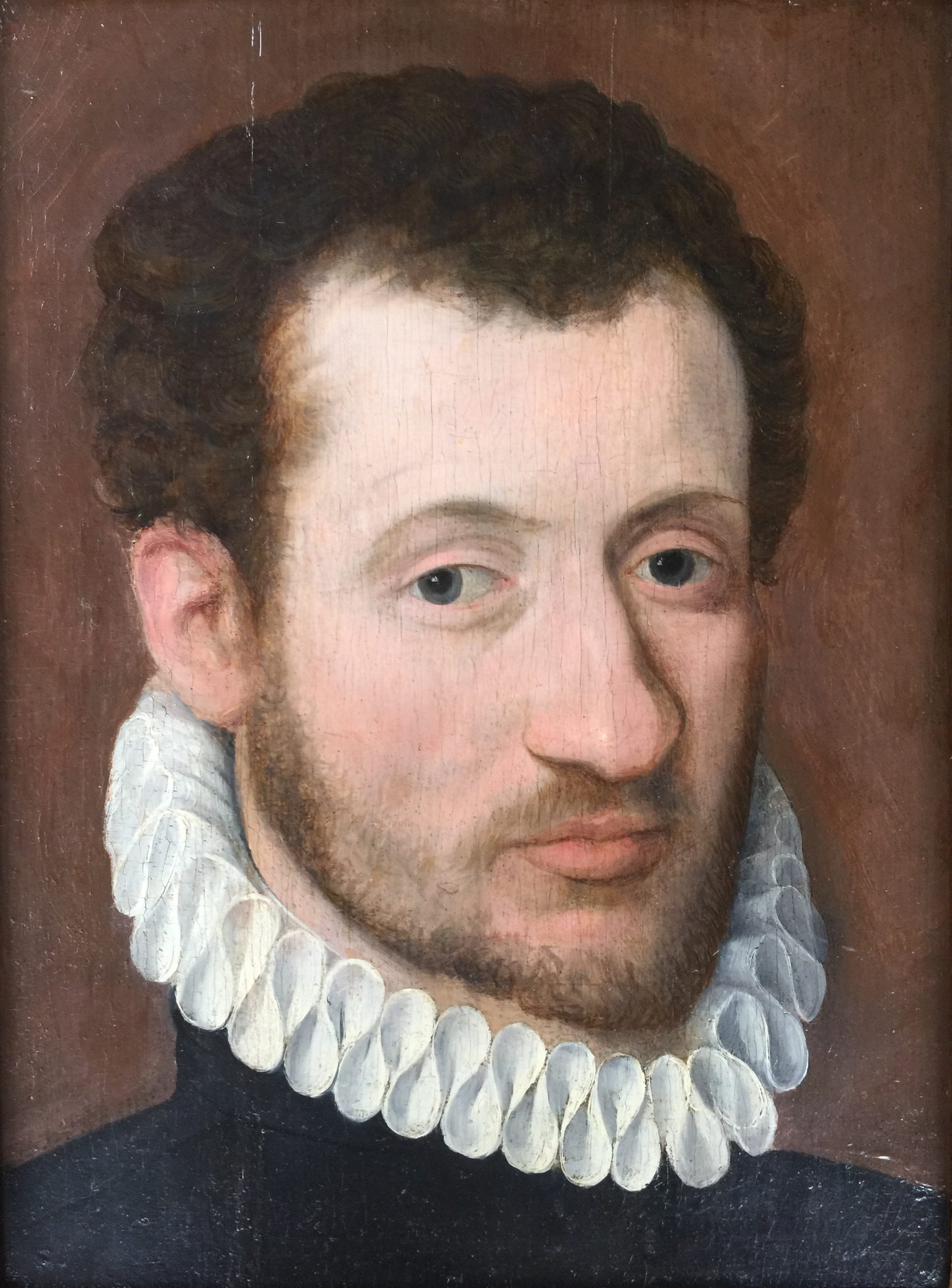