Anthonissen Louis Joseph was born on February 11, 1849 in Zandvliet near Antwerp, Belgium. He studied at the Academy of Fine Arts of Antwerp from 1866 to 1874, thereafter at Ecole des Beaux-Arts in Paris.

Anthonissen was a Belgian painter of genre scenes, portraits and landscapes and orientalist subjects. He worked in Paris, South France, Algeria, especially in Biskra.

His landscapes of the South France and Algeria are imbued with certain lyricism and effects of sustained light, fulfilled with the magic colour palette of Sahara Desert.

As a founder of Paris Société des Artistes Indépendants he started to exhibit from 1884 until his death. From 1897 to 1912 he exhibited at the Salon de la Société Nationale des Beaux-Art in Paris.

Today, when his orientalist paintings do appear on the art market, they are highly sought after and considered to be of highest quality. 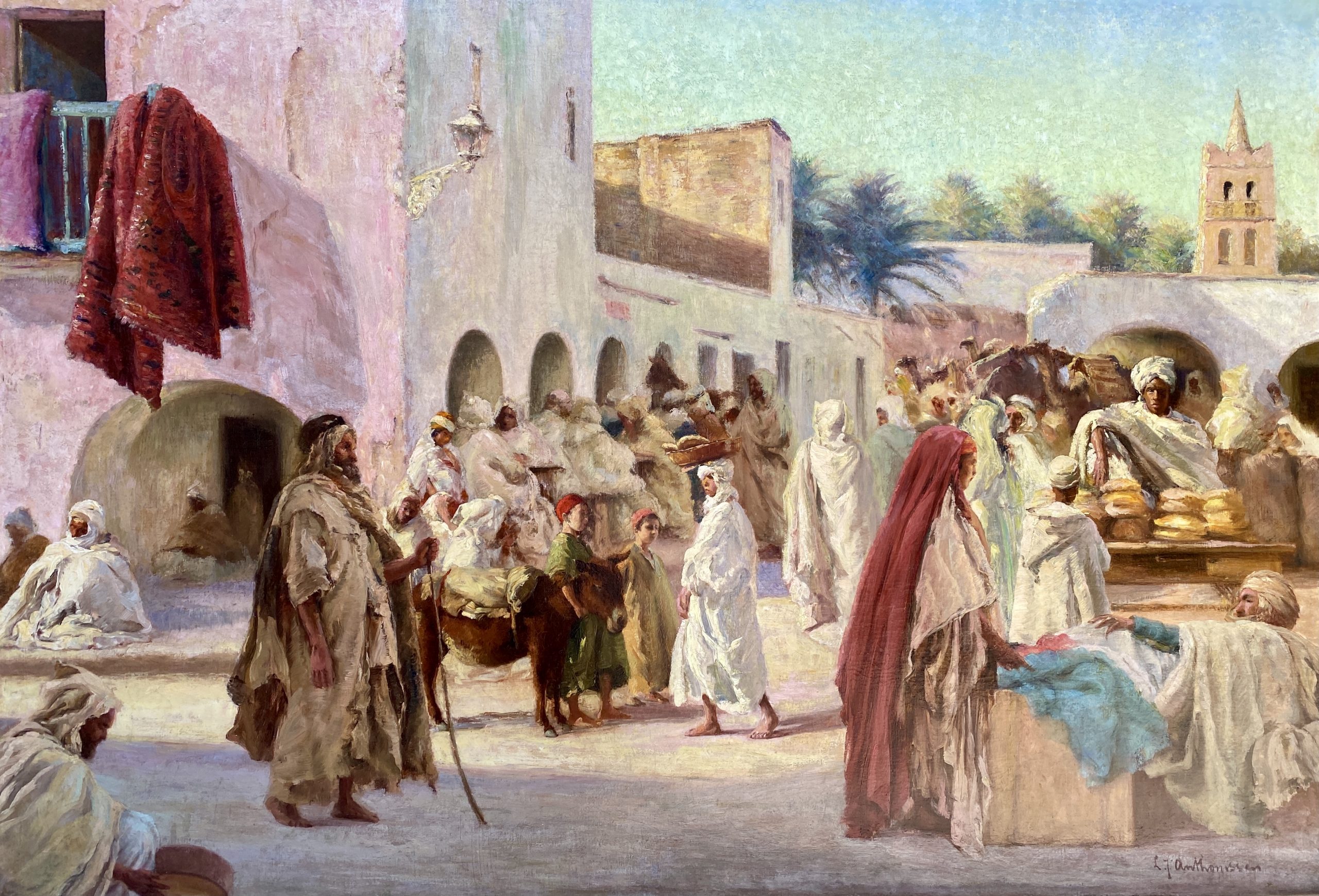