A Harbour Scene in Moonlight

A Harbour Scene in Moonlight

Deckers Jan was born in Antwerp in 1865. He was a son of sculptor Frans Deckers and brother of sculptor Edward Deckers. Studied at the Antwerp Academy in evening classes (under Ch. Verlat) and day classes (under Luc Schaefels and Eugène Joors).

He was a painter of flowers and still lifes and landscapes.He was also watercolourist and pastellist. Painter worked at Brasschaat (Antwerp). Later he was a drawing teacher in Borgerhout. Worked also as a decoration painter in Paris.

He exhibited at the “Exposition des Beaux-Arts” in Ghent in 1923, on the occasion of the Floralies of Ghent. Deckers had also several exhibitions in Antwerp, Brasschaat, Brussels and Liege. He won several prizes.

Deckers was a member of the Antwerp painters.

Jan Deckers’ work can be found in Antwerp, Brasschaat, Brussels, Liège and other places. 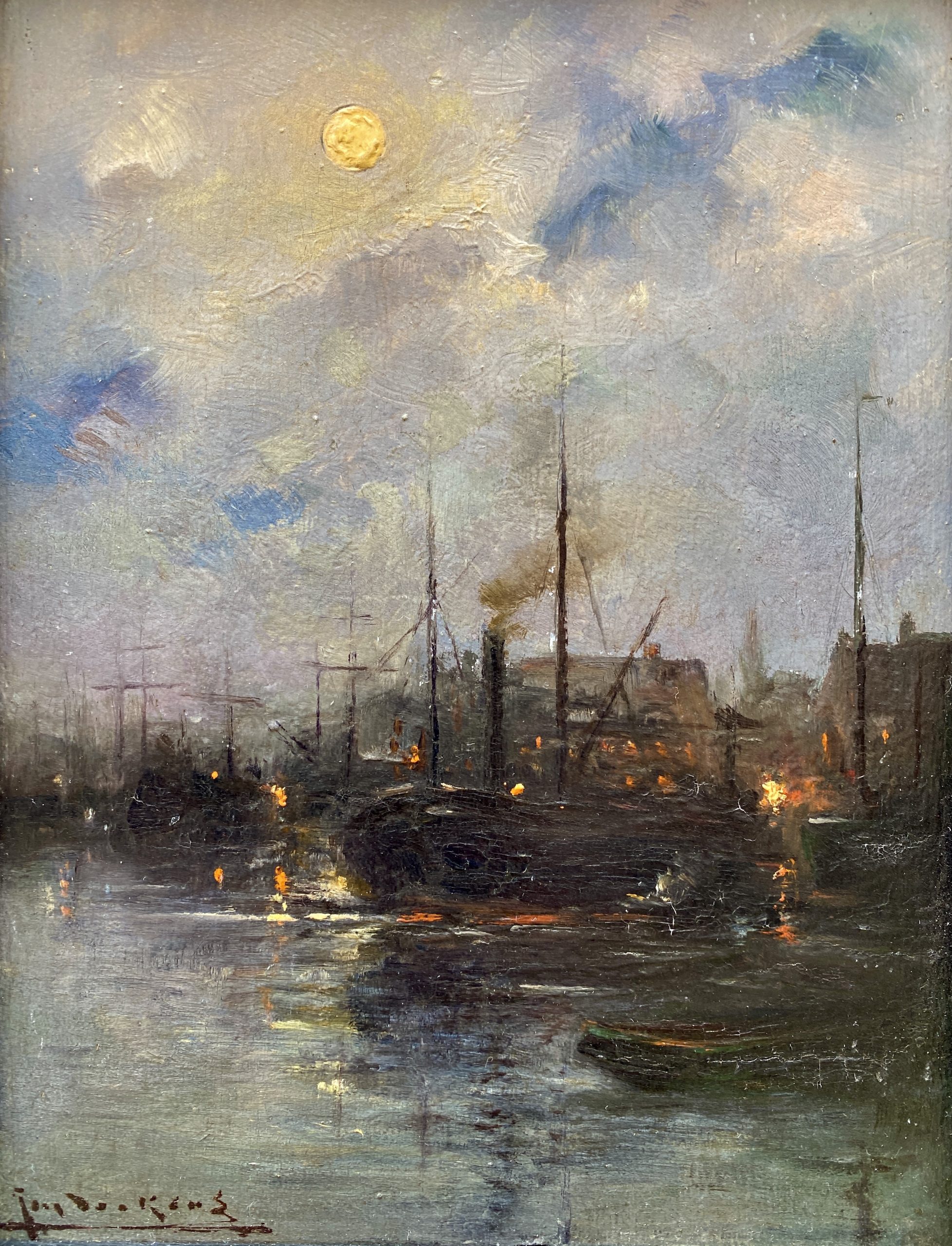