Portielje Gerard Jozef was born in Antwerp, Belgium on February 6, 1856. He was a painter of genre-scenes and interiors. Gerard chose his subjects from the bourgeois and the gentleman of the 19th century. Painter was particularly interested in anecdotal subjects, he made also figures, portraits and battle scenes.

Pupil of his father, Jan Portielje and also of Jozef Van Lerius and Polydore Beaufaux at the Academy of Antwerp. He was the older brother of the painter, Edward Portielje.

He began his career in 1875. He was a teacher of drawing in several schools in Antwerp. Just as his brother’s, his facture was very minutious and precise. Some of his panels remind of J.B. Madou and show the same qualities. Together with D. Col and E. De Block, he pursued and achieved, with quite different cares and trades, codifying that what was for H. Leys research and sincerity. Doing so, he lowered the level of painting in Antwerp with its independency to the level of Academism and the patterns given by N. De Keyser.

Few artists have painted with such a spirit, firmness and humour. He was an excellent artist who executed his works with great dexterity. Generally, the colour and form are excellent. No other artist since Madou has directed his actors with more humour. Strength, gallantry and humour: these are the three words which summarize his tendencies, this excellent artist whose conscious work and proud style are to be admired.

His first exhibition was in 1875. In 1893, he exhibited in Antwerp in the Verlatzaal together with his brother.

In Antwerp Museum hangs a canvas from 1844 entitled, “ A Victim”. Works quoted “Before the Strom”, “The Card Game”, “The Beginning of the End” (representing the Burgomaster of Dixmude in the foreground), “Pensive Woman”, “The Doctor”, “The Herbalist”, “The Restorer”, “The Passage”, “Difficult Passag”, “The Musician”, “The Wise Man”, “Detention”, “At the Table”, “At the Notary”, “The Quest”, “The bad Son”. 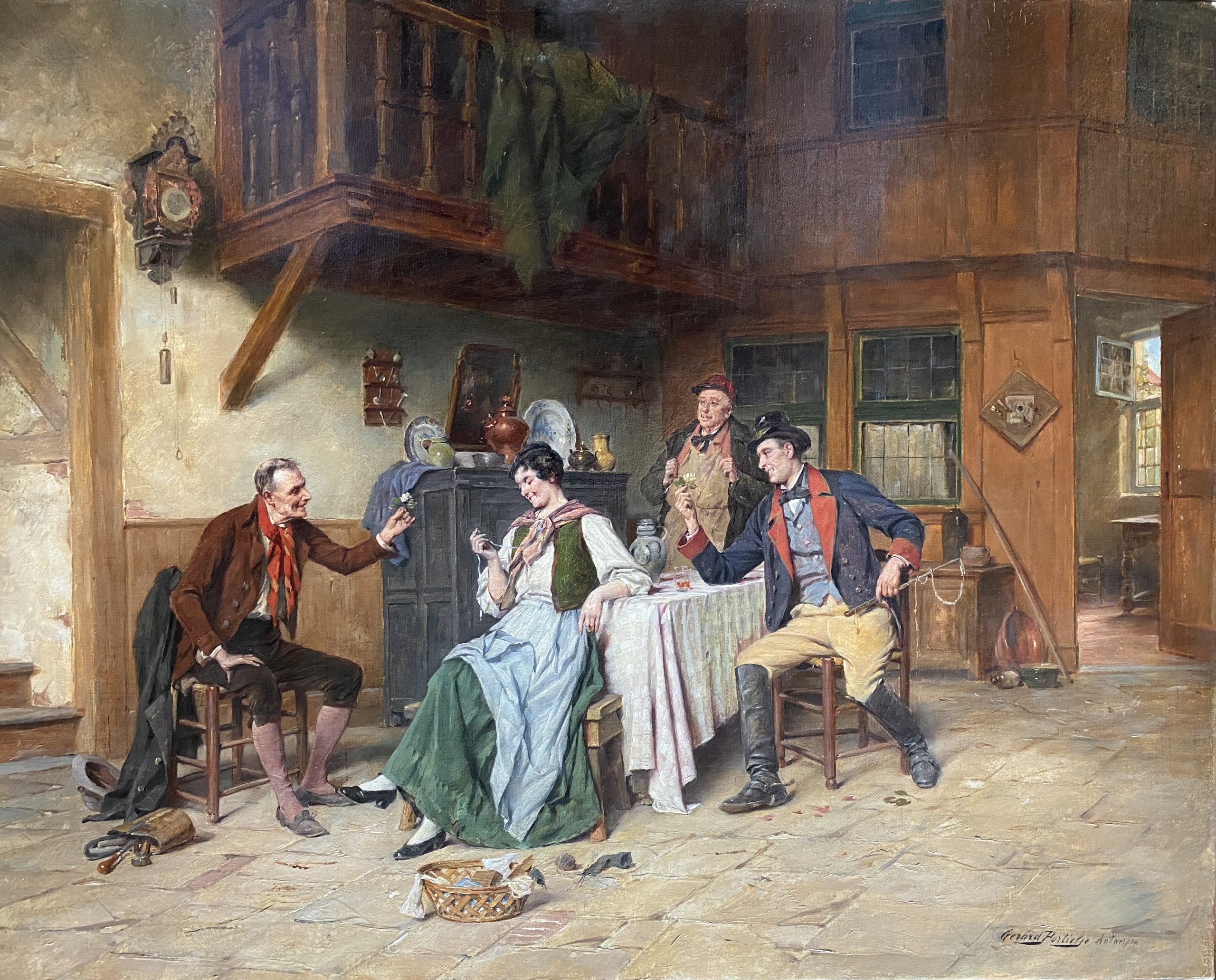